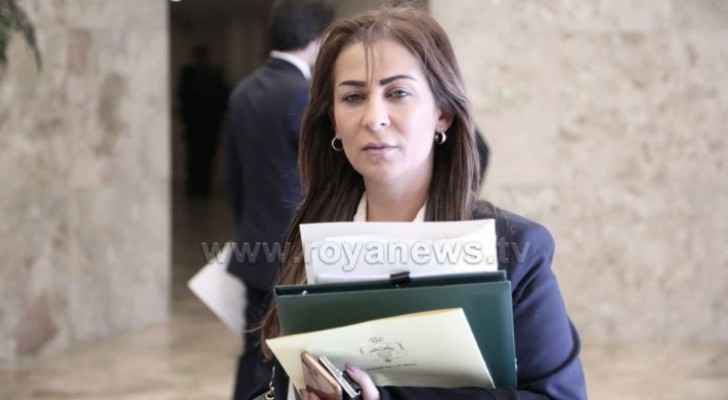 In a press statement on Sunday, October 6, 2019, Ghunaimat said the culture of dialogue prevailed, praying for the safety of the Kingdom under the inspiring Hashemite leadership.

She stated that everyone eagerly awaited for the students' return to their classrooms, and the teachers' return with their heads held high, lauding the "great national spirit" that surrounded the entire period of dialogue, and the positive patriotic situation over the past few weeks.

Ghunaimat underscored that the government has committed to implementing His Majesty King Abdullah's directives to adopt a "responsible dialogue" approach to the issue.

She hailed the efforts exerted by the government team assigned for dialogue and the Jordanian Teachers Syndicate's positive spirit.

In the statement, the government spokesperson also thanked those who helped end the crisis and reach an agreement.

On the weeks-long dialogue, she pointed out that the government has made every effort for the benefit of both the students and teachers.

She said the government, over the past 48 hours, held "dialogue marathons" and 16-hour meetings to arrive at a solution to the teachers' strike issue, out of a sense of national responsibility, underlining that national interest surpassed everything.

She has also underlined the importance of compensating students, pointing out that the government will begin working on implementing the terms of the agreement reached with the Syndicate.