Photos: Students heading back to schools in Amman this morning

Photos: Students heading back to schools in Amman this morning 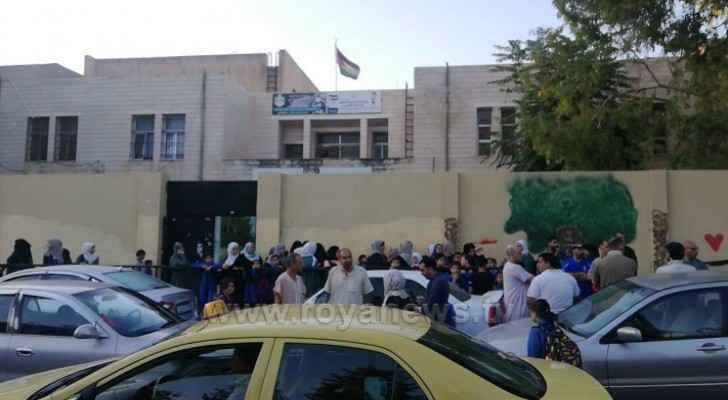 A number of school students in Amman have returned back to their schools on Tuesday, October 1, 2019, after the government announced that today is an official school day in all schools of the Kingdom.

Roya cameras captured photos of some students as they were heading to their schools in a number of areas in Amman.

The Ministry of Education reiterated the need for teachers to commit to giving lessons to students, stressing that parents must have sent their children to schools as of today.

The Ministry has also warned teachers of expelling students from schools after teachers at a number of government schools in the Kingdom deliberately expelled large numbers of students after their parents sent them to schools to take lessons and asked them to return home earlier on Monday, September 30, 2019.

After it had received several complaints from parents whose children were kicked out of schools, the Ministry announced that all parents and citizens can submit complaints at the Ministry's hotline (06/5699916), stressing that it will take the necessary action in this regard.