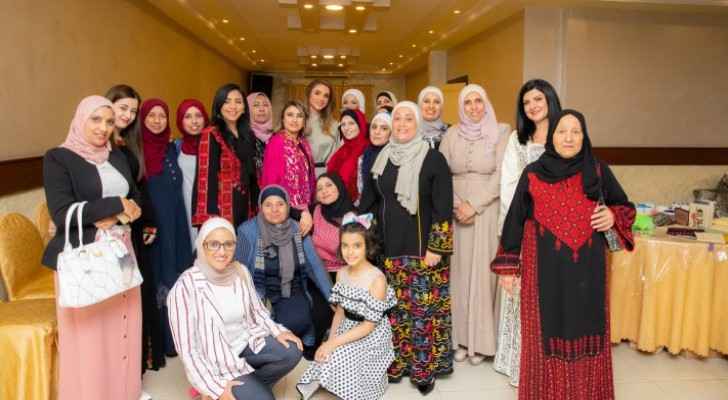 Her Majesty thanked Dr. Mheirat and the group for their kind invitation, describing each of the women as a dear sister and family member. The Queen also expressed her appreciation for the women’s deep-rooted devotion to their country and their fellow Jordanians and commended them for their invaluable contributions to different fields.

During the gathering, Her Majesty heard from several members of the group on their charitable and volunteer work, as well as their efforts in the fields of craftsmanship, heritage preservation, and domestic tourism. A number of the women contribute to the maintenance of public facilities and the preservation of the environment on a voluntary basis, while others are small business owners.