Roundtables with Jordanian youth, Netherland's Ambassador for youth give voice to young Jordanians

Roundtables with Jordanian youth, Netherland's Ambassador for youth give voice to young Jordanians 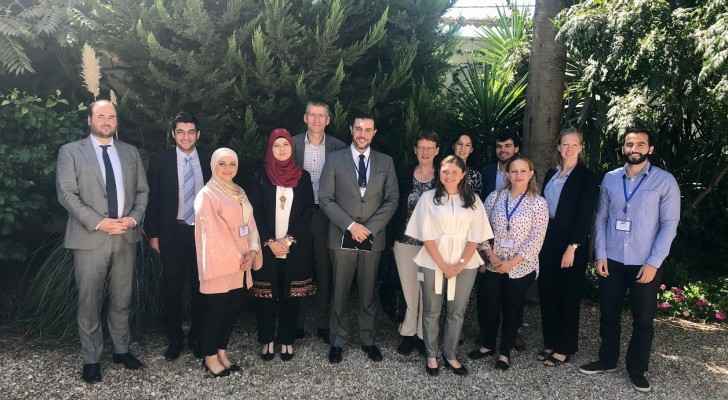 Tijmen Rooseboom, Ambassador for Youth, Education and Work of the Kingdom of the Netherlands met today with Jordanian youth from different backgrounds for round-table discussions on their political, social and economic aspirations.

In the morning he met with a group of young men and women from the Netherlands Institute for Multiparty Democracy’s (NIMD) School of Politics in Jordan, ranging between the ages of 21 and 28. This roundtable was a chance for the youth to talk about youth participation and representation in politics, the current educational system and barriers of entry to the labour market.

Highlighting the fact that 70% of Jordan’s population is under the age of 30. The Ambassador of the Kingdom of the Netherland’s to Jordan, H.E Barbara Joziasse stated, “Youth and future perspectives for youth are the main focus across all of the Netherland’s interventions in Jordan and as part of our Multi-Annual Country Strategy for Jordan (2019-2023). In close cooperation with our local partners, our interventions focus on providing youth with the essential skills required to find quality and sustainable jobs, through TVET, entrepreneurship and educational programmes.”

“Today’s discussions were very insightful. The different backgrounds of the young men and women at the table and the diversity in opinions really brought to light a number of issues and offered perspectives on the effective participation of youth in all areas of their society,” said Tijmen Rooseboom, Ambassador of Youth, Education and Work of the Kingdom of the Netherlands.

“There is an increasing number of youth-led initiatives but there is still more to be done to make sure that our voices are being heard and addressed and that young men and women move from the side-lines of the political arena to a more central and active role,” said 28 year old Lina.

Rooseboom is visiting Jordan for a three-day mission to learn first-hand about the hopes and expectations of young people living in Jordan with regard to education, skills and jobs and political participation. During his time in Jordan, the Ambassador for Youth visited a Netherlands supported, UNICEF-led Makani Centre in Jabal Al Naser in East Amman where he was able to talk to and better understand the situation of Jordanian, Syrian and Iraqi children that attend the centre.

He also met with bright young entrepreneurs at SPARK’s School for Hope Incubator and met with young researchers and participants to have a discussion around incubation programmes, innovation and science for business at PhiScience Institute. Both programmes are supported by the Netherlands in Jordan.

The Netherlands’ Minister Kaag for Foreign Trade and Development Cooperation newly appointed an Ambassador for Youth, Education and Work. The Ambassador, together with international partners, will focus on bridging the gap between education and work, while listening to the voices of young people in the Middle East and across the world, to put the challenges they face and mostly their tremendous opportunities at the heart of the Netherlands foreign policy.