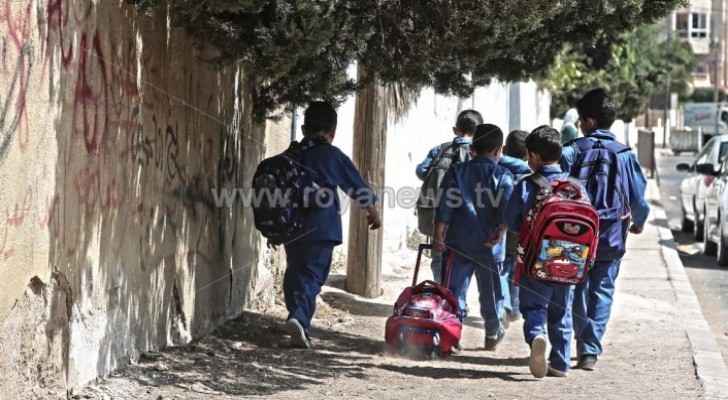 Irbid Directorate of Education announced on Monday, September 30, 2019, that supplementary teachers will be assigned to give lessons to students as of tomorrow, as a second plan since teachers are still striking although the Administrative Court issued a decision to end the strike, Jordan News Agency (Petra) reported.

A statement read that if teachers insist on striking, supplementary teachers will be officially recruited since there is enough number of them all over the Kingdom.

The statement added that attendance will be taken as of tomorrow according to the regulations and instructions followed.

A large number of parents through social media platforms said that they will send their children to schools tomorrow, confirming that it's their children's right to learn.

"If the teachers and the Jordanian Teachers Syndicate will stick to their demands, parents and students must also uphold the interests and rights of about two million students in the public schools of the Kingdom," several parents said.

A number of citizens, activists, representatives of civil society organizations and institutions and parents called for dissolving the Syndicate if laws and regulations allow so, considering that the students' rights and demands are greater and more important than all other demands and rights.

At the same time, they stressed that they are not against teachers and improving their living conditions, provided that students' interests linked to their academic achievements are not negatively affected.