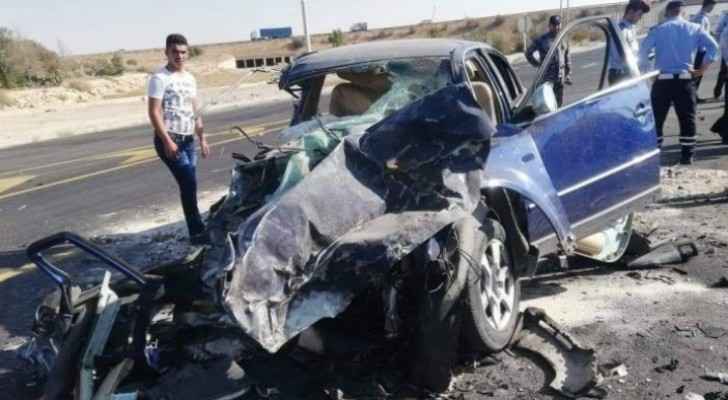 During an inspection tour carried out by Minister of Public Works and Housing Falah Omoush, a representative of the Central Traffic Department (CTD) and a number of officials concerned with public safety to the Desert Highway today in order to check on the progress of the Desert Highway project, director of the project Eng. Tharwat Masalha, revealed the number of traffic accidents that took place on the road, before and after the beginning of the implementation of the project.

Before the implementation of the project, in the period between 2010 and 2015, around 2013 accidents took place and claimed the lives of around 410 people.

However, the annual rate of accidents was 336 and the annual death rate was 68.

Data revealed that around 602 were registered between July 2015 and July 2019. These accidents took the lives of 85 people and left 658 with injuries.

During that period, the annual accident rate was 201, while the annual death rate was 43.

Masalha confirmed that the project will be done during the next 8-9 months, adding that around 62% of the project is actually done.