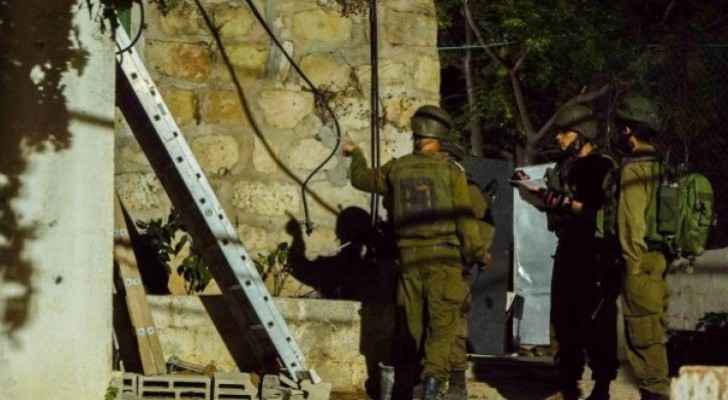 During wide-scale raid and inspection operations, Israeli Occupation Forces (IOF) detained on Monday, September 23, 2019, 24 Palestinians from multiple West Bank districts, in addition to 27 others in the Jerusalem area, according to local sources.

Israeli police and intelligence raided the occupied East Jerusalem neighborhood of al-Issawiyeh, deployed its forces in its neighborhoods, and ransacked and searched a number of houses, terrorizing its residents with police dogs.

Police also raided several neighborhoods in the East Jerusalem town of Silwan, and proceeded to search and check the identity cards of residents, randomly issuing tickets to drivers.

At least 24 Palestinians were detained during the raids on al-Issawiyeh, including an 11-year-old boy, whereas three people were detained in Silwan. The majority of the detainees are freed prisoners.

Meanwhile in the West Bank, Israeli forces detained three Palestinians aged 24, 25, and 26 after raiding and searching their family homes in Bethlehem’s refugee camp of al-Dhaisheh, in the southern occupied West Bank, and five others, including the mother of a detained Birzeit university student, during army raids into Ramallah and Birzeit cities.