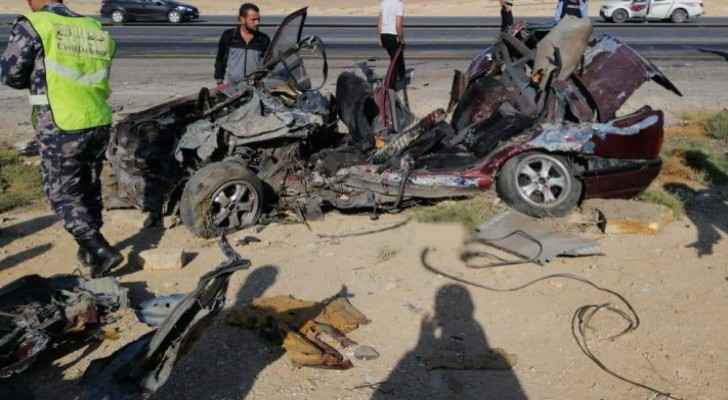 A specialized investigation committee has been formed to determine the causes of the car-truck collision accident that took place this morning on the Desert highway and claimed the lives of four people, spokesman for the Civil Defense Directorate, Eyad Al Amro said.

Al Amro added that the deceased were all in the car and they all died immediately as they suffered serious injuries. However, the truck driver has suffered various injuries and bruises and he was listed in moderate health condition. Al Amro pointed out that such accidents occur frequently, emphasizing that "road accidents do not only take place on the Desert highway, but in all areas of the Kingdom."

He explained that several factors may cause road accidents such as road detours and construction zones, reckless driving, speed, and design defects.