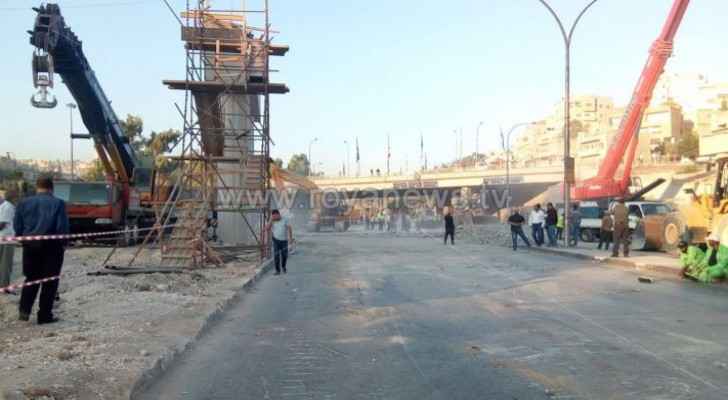 In coordination with members of the Central Traffic Department (CTD), cadres of the Greater Amman Municipality (GAM) have reopened the Army Street in central Amman, hours after it was closed down following a bridge collapse this morning during the installation of precast concrete beams as part of the Bus Rapid Transit (BRT) project.