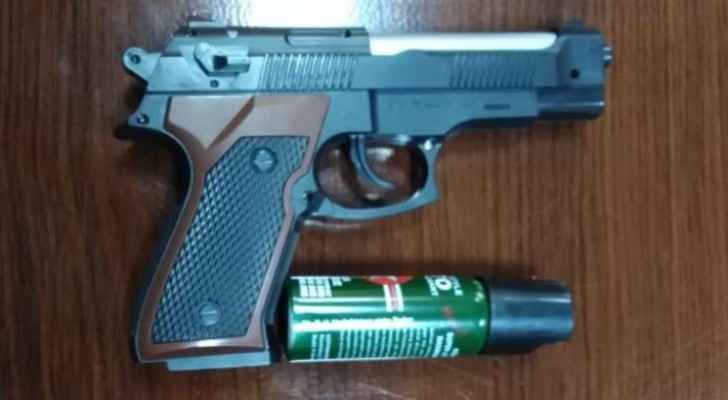 Personnel of the Criminal Investigation Department (CID) managed to arrest a person who attempted to rob a money exchange shop in Marj Al Hamam area of Amman, spokesman for the Public Security Directorate (PSD) said in a statement on Thursday, September 12, 2019.

The statement added that the Southern Amman Police received a report about a person who entered an exchange shop in Marj Al-Hamam area, attempted to rob cash and threatened to fire gunshots.

However, citizens and a CID member, who were present at the scene, thwarted the man's robbery attempt, nabbed him, and seized a plastic pistol, an electric stick, and a gas canister in his possession, the spokesperson explained, adding that an investigation was launched with the suspect.