Longest flights in the world

Longest flights in the world 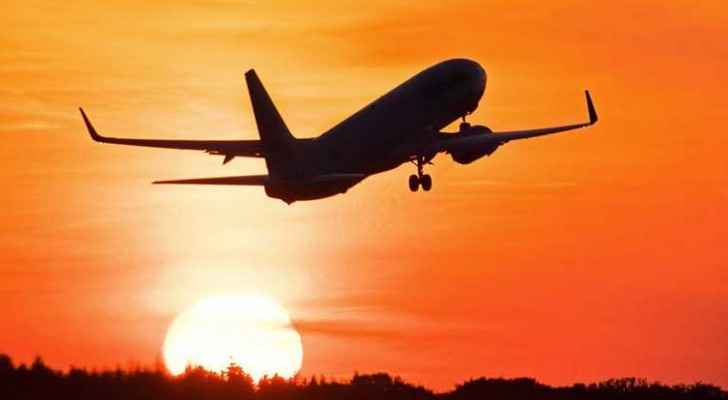 Over time, different airline companies have offered a number of ever-longer direct flights, which have made people able to fly practically halfway around the world without having to make a connection

If spending 10 hours on a plane doesn’t scare you, then you'll enjoy this list of the world’s longest commercial flights. The flights are listed by distance, from the shortest to the longest, according to msn.

The first San Francisco–Dubai route was made in 2008. If you wish to travel from San Francisco to Dubai, the route will take about 16 hours. Americans who want to visit Hong Kong without making a stopover are in luck with the Dallas/Fort Worth–Hong Kong route, which was first launched in 2014. The flight takes about 16 hours, 20 minutes. You’ll have to spend at least 16 hours, 20 minutes on a plane if you want to make a non-stop trip between Dubai and Houston. The first flight was offered in December 2017. The first direct flight from Vancouver to Melbourne was launched in 2017. The flight takes about 16 hours, 20 minutes. Los Angeles International Airport has the distinction of offering many of the longest flights in the world. One of these flights links the City of Angels to Doha, the capital of Qatar. The flight usually takes almost 16 hours. Los Angeles International Airport also gets you to Jeddah, Saudi Arabia with a flight that takes about 16 hours, 45 minutes. The first flight was in March 2014. Dubai is another destination you can reach non-stop from Los Angeles International Airport. The flight takes about 16 hours, 15 minutes. If you leave Los Angeles at 4:30 p.m., you’ll get to Dubai the next day around 7:30 p.m. The first flight between the City of Angels and Abu Dhabi, the capital of the United Arab Emirates was made in 2013. The flight took about 16 hours, 25 minutes. One of the quickest ways for Americans to visit South Africa is to take the Johannesburg–Atlanta flight which was first offered in 2009. The flight takes 16 hours, 50 minutes. The flights from San Francisco to Singapore can take up to 17 hours, 35 minutes. Like their Canadian cousins, Americans also have access to a non-stop flight to Manilla. Flights from Manilla to New York began taking off in 2018. The flight lasts about 16 hours, 35 minutes. Sydney Kingsford Smith Airport offers two of the 10 longest direct flights in the world. The shorter of the two links the Australian metropolis to Dallas/Fort Worth International Airport. The flights take place several times a week. On average, each flight takes 17 hours, 10 minutes. Since 2017, Australians have had another option for uninterrupted travel to the United States—a non-stop flight to Houston. This flight may take about 17 hours, 30 minutes. About 17 hours, 50 minutes—that’s how long the flight from Singpapore to Los Angeles will take. When it was launched in 2016, the flight between Dubai, United Arab Emirates, and Auckland, New Zealand, was the longest in the world. Passengers could expect to endure a 17-hour, 15-minute stay in the plane before arriving at their destination. You’ll have to be patient, though—the flight from Perthto London takes about 17 hours, 20 minutes. When it was launched in 2017, the flight between Doha, Qatar, and Auckland, New Zealand, was the longest flight in the world. It has since been surpassed, but still remains one of the world’s longest flights. Passengers have to wait for at least 17 hours, 30 minutes to reach their destination. The flight from Singapore to Newark was classified as the longest flight in the world. The flight takes just under 19 hours. Saudi to reopen May 17, but several Arab countries still ....

Cities across the world go dark for 'Earth Hour'

Cities across the world go dark for 'Earth Hour'

Cities across the world go dark for 'Earth ....

Cities across the world go dark for ....