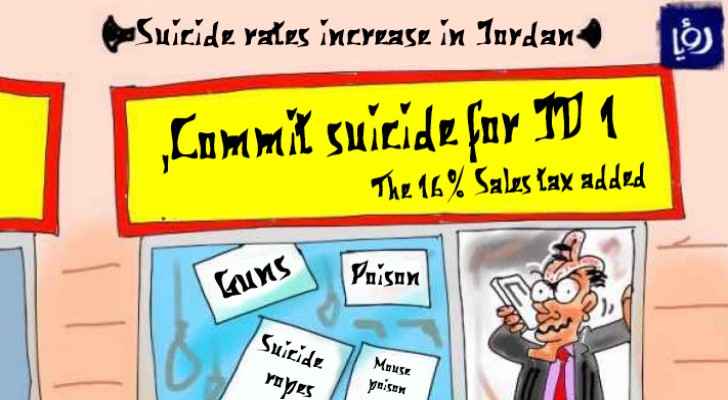 The World Suicide Prevention Day is an awareness day observed on September 10 every year, in order to provide worldwide commitment and action to prevent suicide.

Suicide is considered an international phenomenon, where reports indicate that around 800,000 people around the world commit suicide every year. This means that out of every 100,000 individual, 11.4 cases of suicide take place in the world.

This average varies between the two genders, where out of the 100, 000 cases, 15 males commit suicide, while eight of the cases are committed by females.

Every 40 seconds, the world witnesses one case of suicide, a report issued by the Sisterhood is Global Institute (SIGI) indicated.

Suicide is usually committed in low- or middle-income countries, with a higher average among females.

The report revealed that four out of every 1000 people above the age of 18 attempts to commit suicide in various countries of the world. For every single suicide attempt, 20 people from the same age group commit suicide.

In Jordan, suicide and suicide attempts, especially among females, has become an issue of great importance after the Kingdom witnessed a steady rise in the number of suicide cases over the past seven years (2012-2018).

The annual statistical report for 2018, issued by the Department of Statistics, showed the continuous increase in the total number of suicide cases in Jordan during the past years, where around 142 people had committed suicide during 2018, an increase of 9.2% compared to 2017.