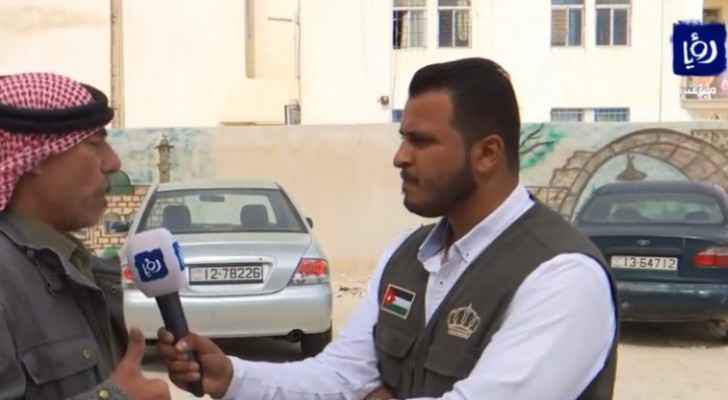 A number of teachers inside a school in Karak have attacked Roya crew as they were covering the teachers' strike that began this morning.

During a live broadcast on Roya TV screen this morning, teachers attacked Roya crew in Southern Mazar and destroyed their equipment while talking about the strike although they were making media coverage outside the school.

Teachers have also attacked a citizen who was there during the coverage.

The following video shows the moment of the attack.