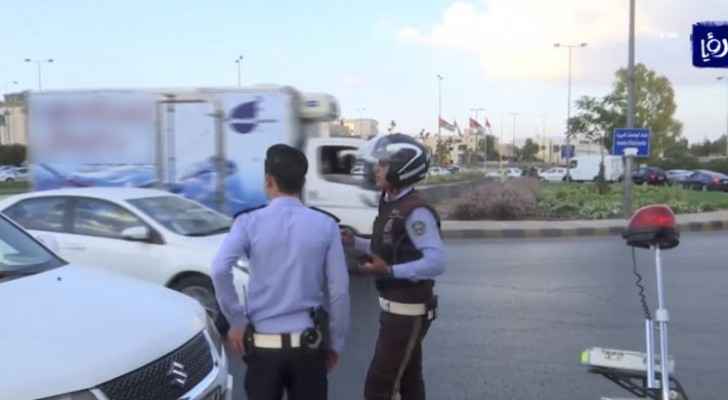 Many Jordanians have recently complained about the various means members of the Central Traffic Department (CTD) all over the Kingdom use to issue traffic tickets.

In several phone calls with Roya, many citizens expressed their anger and complained about the violations they received, describing the means used to issue the tickets as "illegal."

One of the citizens said he had received a tinted windows ticket although the percentage of the tinted window didn't exceed the common allowable limits, confirming that a traffic police officer issued the ticket without using the devices which test window tint percentages.

The driver considered this to be illegal.

Other drivers confirmed that they had received several unjustified traffic tickets.

A number of citizens have also expressed their resentment at undercover police, where they described the tickets issued by them as "collection."

People emphasized that members of the CTD intend to search all day and night for finding vehicles that are violating.

As for traffic violations issued after photos and videos are published on social media platforms, some people said that members of the CTD usually chase them and go to their homes to give them the tickets.