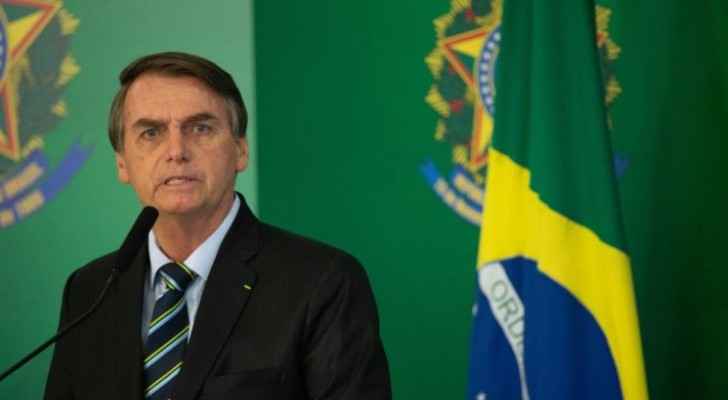 Brazil's President Jair Bolsonaro will undergo surgery to correct an incisional hernia, his fourth operation since he was stabbed nearly a year ago during his presidential campaign, his office said Sunday.

A statement from the president's office said the problem resulted from previous surgeries.

Bolsonaro tweeted a photograph of himself flanked by his doctors in Sao Paulo. "Everything indicates I will 'enjoy' some 10 days vacation with them shortly," he said.

The president's office did not say when the surgery would take place, but the G1 website said it would be performed September 8.

His doctor Antonio Luiz Macedo, who examined Bolsonaro on Sunday, told the website the hernia developed because the area had been opened three times.

He said the operation would be performed in Sao Paulo at the Hospital Vila Sur.

The 2018 attack forced Bolsonaro to wage a virtual presidential campaign. He did not participate in any scheduled debates and focused instead on speeches and messages disseminated on social media.

Adelio Bispo de Oliveira, 41, was arrested at the scene and said he acted alone.

De Oliveira, who medical authorities said suffers from mental problems, was ordered detained indefinitely in the psychiatric unit of a maximum-security prison.

USA and Brazil most affected by ....