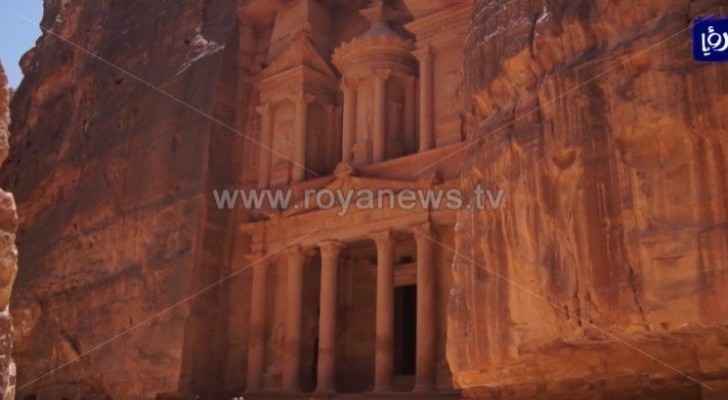 The number of visitors to the Rose City of Petra has remarkably increased since the beginning of this year, where around 657,918 tourists visited Petra until the end of August, compared to 507,299 tourists during the same period last year, with an increase by 30% (150, 619 tourists), according to figures released by the Petra Development and Tourism Region Authority (PDTRA).

The number of foreign visitors to Petra during the first eight months of this year reached 563,468 visitors, a growth of 48% compared to the same period last year when the number of visitors was 381,776.

During August, the number of visitors of various nationalities reached 66,437, including 47,993 foreign guests, while the number of Jordanian and Arab visitors reached 18,040.

The figures also showed that during the past three months, around 143,609 foreigners visited Petra.

Head of the PDTRA, Suleiman Farajat, attributed the increase to the participatory efforts and stability in the region.

Farajat added that the PDTRA is a partner with the local community and the relevant authorities to preserve Petra as a world heritage site, expressing hope the number of tourists will hit one million by the end of this year.

He noted that, in preparation for the upcoming tourist season, the PDTRA will hold a panel discussion with stakeholders to discuss how to improve services and reduce violations in Petra, as a continuation of the participatory approach used by the Authority through which is involved all stakeholders in the tourism process and the local community in the Petra district.