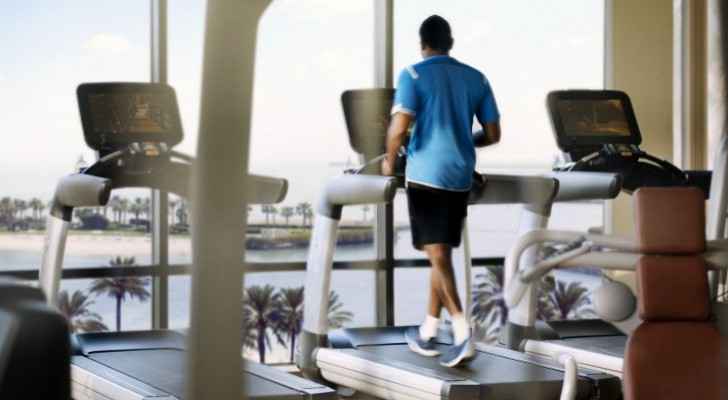 Jordanian social media users have called for boycotting a gym in Amman after its management decided to terminate the membership of a young person with Down syndrome, which caused him trauma.

Bassel Dib's sister, Aseel, posted on her Facebook profile, "Well doesn't this situation sound familiar. This past summer my family and I were in Jordan. My older brother, Bassel, has Down syndrome and was a member of a gym in Amman every summer for the past 3 years."

"Unfortunately, we faced a horrible situation where management decided to terminate his membership without warning for the very fact the owner did not want him at the gym," Aseel added.

"At first, I was asking the management did he do something wrong or misbehave? Turns out, he made no mistakes and was loved by everyone," she explained.

Aseel stated, "The reason he was kicked out was that the owner did not want him there because he is a man with SPECIAL NEEDS. I repeat, the owner deliberately DISCRIMINATED against a wonderful young man for the very fact he was born with one extra chromosome making him a unique GIFT to mankind."

"In my past 24 years of living with such an incredible person, I have never had to defend my brother for being who he is. I was not only furious, but shocked. Bassel is a very progressive man who has not only completed his minimal "expected" education in the US school system, but has received his Bachelors at George Mason University last year. He touches everyone's heart with his smile and bubbly personality. I consider myself blessed and the LUCKIEST sister in the world to have a brother like Bassel."

"I debated whether or not to do something about the situation when it took place, but since we were leaving so soon, I just decided to let it go and recognize there are pretty crappy people in this world. I was not familiar with the system in Jordan so I felt lost and confused on how to proceed. But now, I hear that it wasn't just my brother being a victim of discrimination. Rather, another girl with special needs was targeted at the same gym and kicked out for the same reasons of being unique and wonderful. I will no longer stay silent. There needs to be action taken and the gym needs to recognize their branches are unjustly treating people with special needs. This is DISGUSTING and I will NEVER go to any branch anywhere. Please share so awareness can be raised and the gym can recognize they need to do something about this," Aseel said.

Aseel has also published the story of the other girl with special needs whose membership was also terminated by the same gym.

Today in a gym in Amman, I received word that my special needs sister was blacklisted from being a member at the gym. The reason? She doesn’t know how to talk and instead utters sounds that only I and the rest of my family understand. Apparently, they have received complaints from "several" concerned members and hence have taken the decision to prevent my sister from ever being a member ever again. Is this how people with special needs are treated at this gym? Are they seen as a nuisance that must be hidden out of sight by them? It seems I had believed that this gym had no discriminatory policies. But, I guess I was wrong."

"The management representative that I spoke to even had the audacity to compare her to fully functional and aware adults with no special needs. He said (and I paraphrase): "If any other member of the gym received complains we’d blacklist them too." This argument would normally make sense except for the fact that my sister did not break any gym policies and all she did was try to communicate publicly with my mother through her unique sounds. Furthermore, she isn’t just some "other member," she has special needs that as a family as always cater for and as such are always with her and monitoring her for every second we are at the gym."

"I am deeply disappointed at the terrible low the gym has sunk to. I hope this message reaches their HQ as I will also be sending it directly to them. Thank you for reading, please share to spread the word, and have a nice day."

Ahmad had later said that the gym's representative called him and threatened not to provide the refund (for the next month that he prepaid that he wish to cancel) due to his post.

He noted that the representative said that "he doesn't want my sister around the gym because the gym is "an investment".

Ahmad stated, "They care more about money than actual human beings. Says it all really..."

"After pressuring the gym through various organizations, it still refuses to apologize for the terrible ordeal they have placed us through. They REFUSE to apologize. They really don't believe they are wrong...," he added.

Rock your socks for World Down Syndrome ....