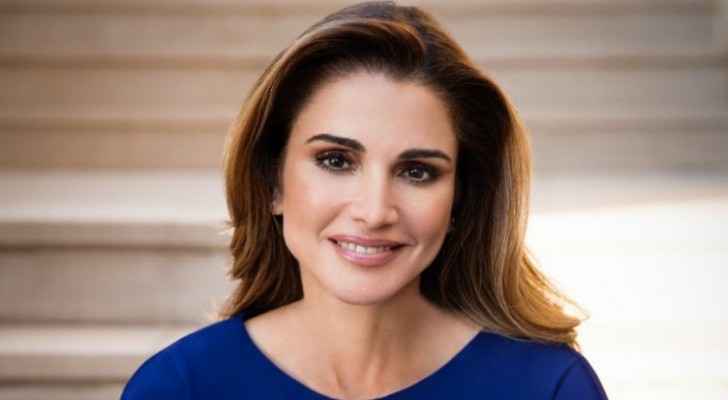 Saturday, August 31, marks the birthday of Her Majesty Queen Rania Al Abdullah, rounding off another year spent working alongside His Majesty King Abdullah II in the service of the Jordanian people, and contributing toward his vision for a thriving kingdom.

Over the last two decades, Her Majesty has demonstrated an unwavering commitment to education, stemming from her belief that universal access to quality education is a cornerstone to achieving social justice. The Queen has launched a number of initiatives aimed at enhancing education in Jordan and across the region, with a particular focus on teacher training and tech-based teaching methods.

Queen Rania’s passion for education is channeled largely into her work with the Queen Rania Foundation for Education and Development (QRF), a leading regional resource and incubator for innovative ideas in the field. The Foundation strives to improve the quality of education and learning outcomes through several programs, at the forefront of which is its open online learning platform, Edraak, which has reached more than 2.3 million learners to date.

Following Edraak’s successful launch as an adult learning platform in 2014, Her Majesty began cultivating relationships with international organizations, seeking partners who could help her realize her ambition of expanding the platform to meet the needs of the region’s youth.

In collaboration with Google’s humanitarian arm, Google.org, and with the support of the Jack Ma Foundation, Edraak launched its new K to 12 platforms in 2016 and began rolling out online curricula earlier this year. The platform makes free and high-quality education accessible to millions of children across the region, including those who are out of school due to conflict or displacement.

Her Majesty’s many other efforts to advance education include the establishment of the Queen Rania Teacher Academy (QRTA) in partnership with the Ministry of Education and Teachers College of Columbia University. Through its pioneering pre-service diplomas, the Academy equips educators with the skills they need to navigate the educational environment.

The Queen is also the founder of the non-profit Al-Aman Fund for the Future of Orphans, which provides adult orphans with opportunities to obtain higher education or vocational training.

Her Majesty travels extensively across Jordan’s governorates, making regular field visits to the nation’s cities and villages to spend time with Jordanians from all walks of life. She is a strong supporter of entrepreneurship and innovation, particularly among the nation’s young men and women, often extending her support to ambitious youth and helping them unleash creative solutions for the world’s challenges.

Furthermore, the Queen was one of the first public figures in the region to speak out against the scourge of child abuse. Through the Jordan River Foundation (JRF), a non-profit founded by Her Majesty to promote child safety and community empowerment, she oversaw the establishment of the JRF Child Safety Program as well as Dar Al Aman, the region’s first-of-its-kind child safety center for victims of abuse.

An active humanitarian, Queen Rania is a passionate advocate for refugees around the world. She consistently extends her support and solidarity to children and families displaced by war and persecution and has visited refugee camps in Jordan, Greece, and Bangladesh.

At the global level, Her Majesty has been recognized repeatedly for her efforts to shed light on the plight of the world’s refugees, improve children’s access to education, and promote acceptance between people of all cultures. The Queen also serves as a member of the United Nations Foundation and the World Economic Forum’s board of directors, and the International Rescue Committee’s Board of Overseers.

Queen Rania meets with youth during visit to Kawon ....

Queen Rania meets with youth during visit to ....

Queen Rania meets with youth during visit to ....

Queen Rania meets with youth during ....