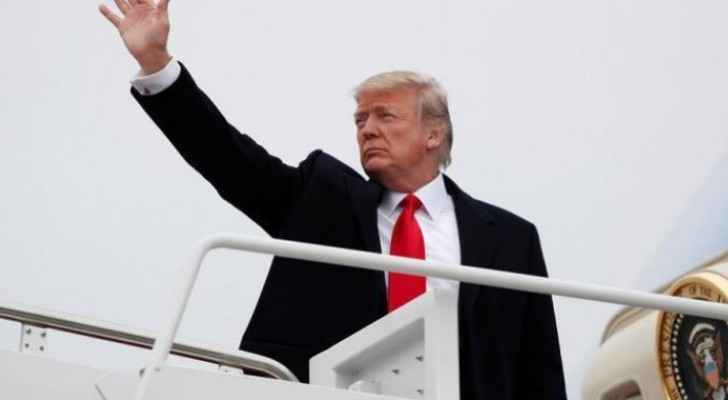 US President Donald Trump canceled on Thursday, August 29, 2019, a trip to Poland as Hurricane Dorian headed towards Florida, strengthening to a Category 2 storm.

Trump, who had been scheduled to attend World War II anniversary commemorations this weekend, said he would focus instead on preparations for the approaching storm.

"Our highest priority is the safety and security of the people in the path of the hurricane," he told reporters in the White House Rose Garden.

Vice President Mike Pence would go to Poland in his place, Trump said.

He called his Polish counterpart Andrzej Duda to apologize for the cancelation, saying the storm could be "catastrophic," the president's chief of staff Krzysztof Szczerski said, according to the PAP agency.

Dorian's maximum sustained winds reached 105 miles per hour (165 kilometers per hour), making it a Category 2 storm on a five-level scale, the National Hurricane Center (NHC) said in an advisory.

Weather forecasters said Dorian could make landfall as a powerful Category 4 hurricane with the potential to cause life-threatening storm surges.

Florida's governor declared a state of emergency, warning the millions of people who live up and down the eastern coast of the "Sunshine State" to prepare for a potentially major hurricane.