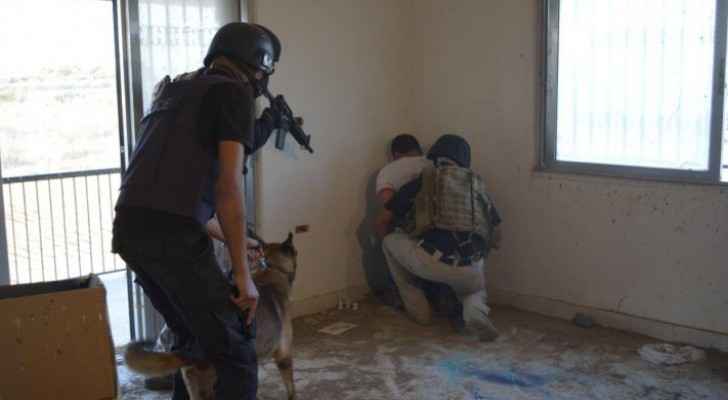 Members of the Criminal Investigation Department (CID) arrested on Wednesday, August 28, 2019, a suspect with 24 criminal records and wanted on 44 charges, media spokesman for the Public Security Directorate (PSD) said.

The spokesman added that after collecting information, the CID special team was able to catch the wanted person, who has been hiding for three years.

The man was caught inside a farm in the northern governorate of Mafraq, where he was arrested and an investigation was launched.