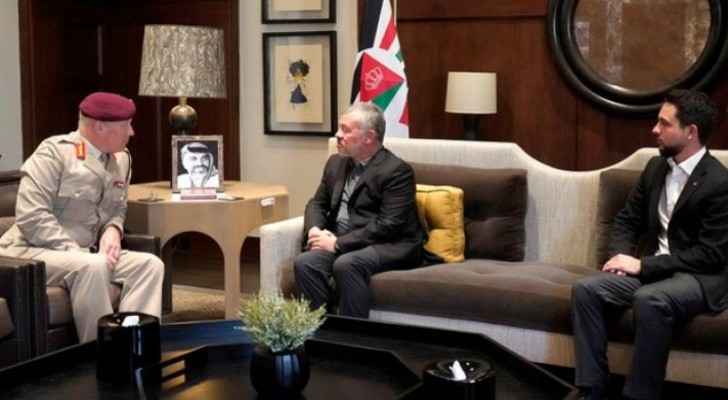 The meeting discussed the strategic partnership between Jordan and the UK and means of enhancing cooperation between them, especially in the defense fields.

The meeting also tackled regional and international efforts in the fight against terrorism within a holistic approach.

The meeting was attended by Advisor to His Majesty for Communication and Coordination, Bisher Khasawneh, Chairman of the Joint Chiefs of Staff Maj. Gen. Yousef Hneiti.