Photo taken from the explosion site 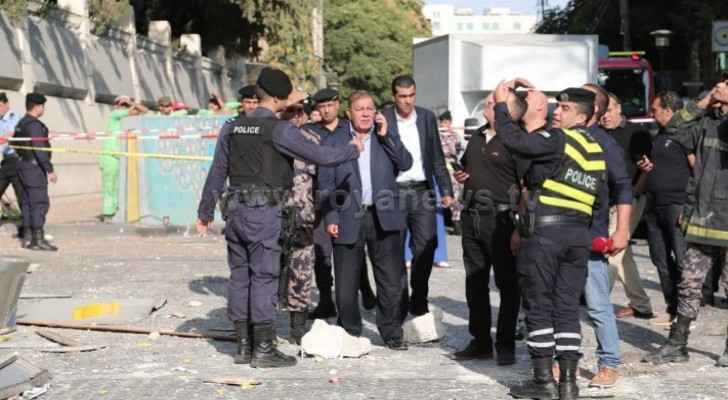 The damage caused by the gas cylinder explosion inside a restaurant in Rainbow street in Jabal Amman is huge, Director of the Construction Supervision Department at the Greater Amman Municipality (GAM), Yousef Dalabeeh said in a statement to Roya.

He added that GAM cadres are currently at the blast scene, where they will remove the rubble and debris after the competent authorities are done with the investigation.

Dalabeeh pointed out that a public safety committee was formed headed by Amman governor to assess the damage caused to the buildings adjacent to the restaurant where the blast took place.

"In the coming hours, roads will be reopened, after GAM cadres are done with removing the debris," Dalabeeh confirmed.

"We are waiting for the final report from the Civil Defense Directorate (CDD)," he said, noting that the cylinder that exploded was large.