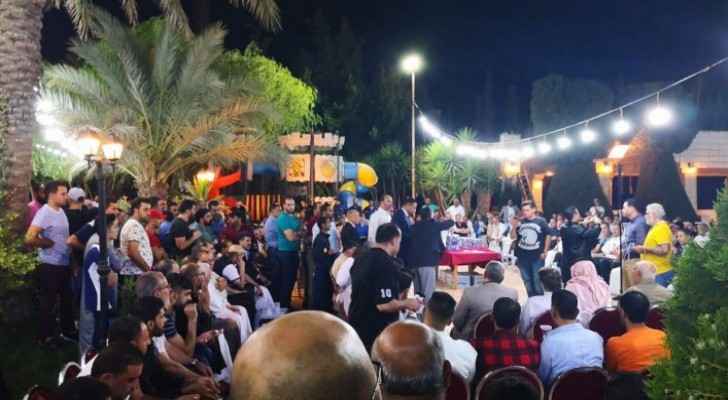 Notables figures, dignitaries and Bahara representatives of the northern city of Ramtha denounced and rejected all forms of breaking the law and public order after a group of rioters protesting against recent government anti-smuggling measures attacked security forces and public property.

At a meeting held on Monday evening, August 26, 2019, upon an invitation by MP Khaled Abu Hassan, they called for punishing those who attacked gendarmerie and public security personnel and civil defense vehicles and holding them accountable, saying this group does not represent in any way Ramtha and its people.

In the meeting, they said they support the country, the Hashemite leadership and security bodies in fighting all forms of lawlessness and smuggling.

In a statement issued after the meeting and read by MP Abu Hassan, they called on holding accountable the attackers who used the protests to attack the security bodies that were there to protect them.

He further called on the government to speed up the implementation of agreements reached during the past two days.

Abu Hassan pointed out that the understandings that have been agreed upon, confirm combating smuggling of arms and drugs, which the people of Ramtha agree upon, in addition to combating cigarettes smuggling.

Ramtha dignitaries vowed to combat any form of smuggling that harms the national economy, and expressed commitment to restoring the situation as it was previously in their city.

Also read: Riots, protests take place in Ramtha for the second day in a row