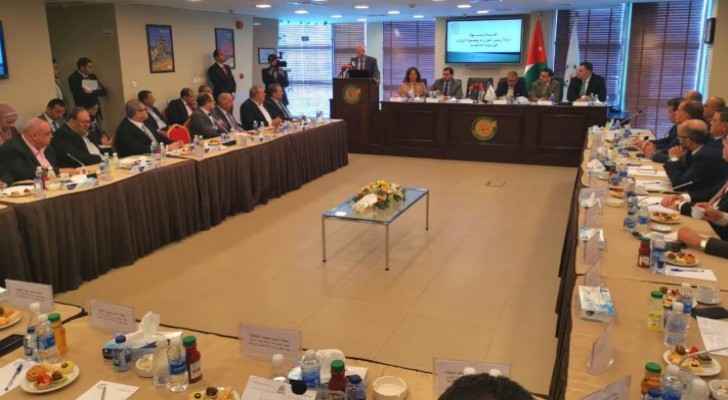 During a meeting of Prime Minister Omar Razzaz and Chairman and members of the Amman Chamber of Commerce, Razzaz confirmed that the government is fully aware of the difficult economic conditions in Jordan and is able to overcome them.

The meeting was held to discuss the difficulties and challenges facing the trade sector in Jordan.

PM Razzaz added, "We recognize the importance of the trade sector, which is the backbone of life, and we want to work together to overcome all the difficulties," PM Razzaz said.

"The government does not promise anything that may be unworkable," Razzaz said, adding that Jordan is undergoing structural reform.

Regarding the labor market, Razzaz stated that Jordan Chamber of Commerce cannot rely on expatriate workers in some economic sectors, noting that the government is aware of the dysfunction in the landlords and tenants law and will work to address it.