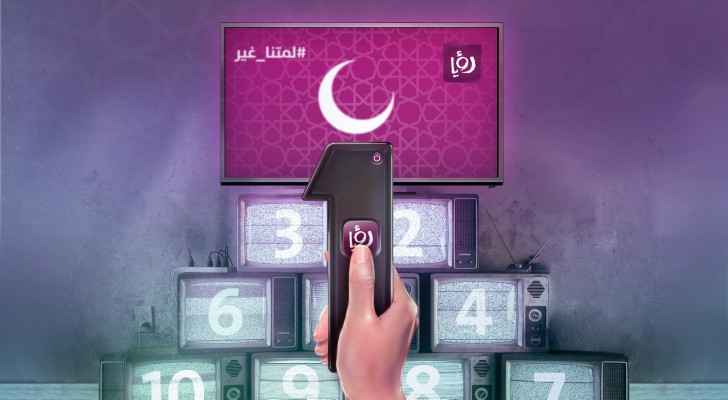 For the second year in a row, Roya TV topped the list of the most-watched channels during the fasting month of Ramadan, according to the results of a survey conducted by NAMA Strategic Intelligence Solutions.

Roya TV received more than 50% of the Jordanian public's viewership, surpassing the average viewership of MBC 1, broadcast from Dubai Media City, according to the study that targeted people of 18 years old and over.

The survey that reached all the governorates of the Kingdom, showed that Comedy Hour received the highest average of viewership, followed by the Sunset Hour and the cooking shows, including Roya Kitchen with Nabil and Sit Al Nakhat.

Throughout the holy month of Ramadan, Roya TV provided a wide range of content developed by the channel's management based on studies and surveys conducted with the public.

Roya had also provided a number of series, where the third season of Al Hayba (Al Awda) series received the highest average of viewership.

NAMA Strategic Intelligence Solutions is a research, polling and consultancy firm established in Amman and headquartered at the King Hussein Business Park. NAMA Strategic Intelligence Solutions is a legally registered entity with the Ministry of Trade and Industry, Media Commission, the Investment Commission, and Chamber of Commerce in Jordan. It is licensed by the relevant official entities to conduct strategic socio-economic development projects and studies across all sectors in the Jordanian market.