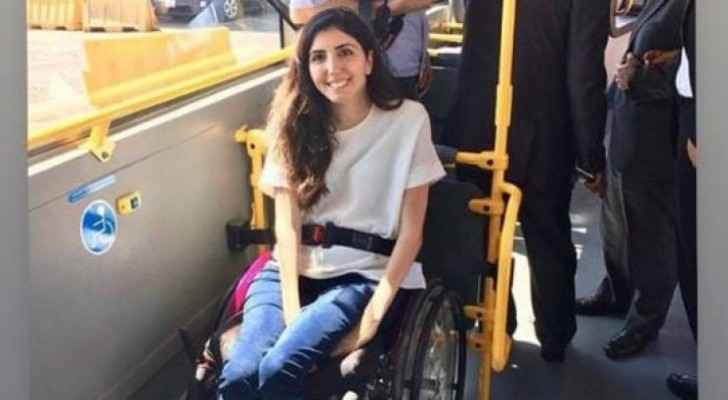 Prime Minister Omar Razzaz has mourned the passing away of Aya Aghabi, a young Jordanian girl who is an activist for women’s rights and people with disabilities.

Razzaz published a photo of Aya on his Facebook official account that captioned, "We will never forget this smile. You were a model of a girl who is determined to live life, refuses to give in to challenges, and makes hope from pain. May your soul rest in peace."

Aghabi is the founder and initiator of "Accessible Jordan" initiative and website, which contains a guide to all outdoor venues and parks that grant access to the disabled.

Aya has spent years helping people with disabilities in Jordan through her initiative, which has long cultivated hope and empowerment for this category of people in the Jordanian society.

In previous statements, Aghabi said that following a car accident she had in 2009, she lost her ability to move and transport to places like she used to do before, due to the lack of accessibility for people who use wheelchairs in Jordan.

This has prompted Aya to take the initiative and strive to look at things from a different perspective, which allowed her to launch her own website to assist people living with similar circumstances.

Jordanians mourn death of Aya Aghabi, creator of hope for ....