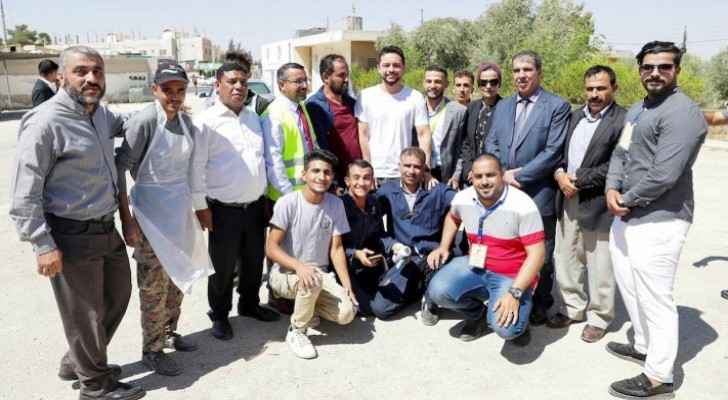 A number of students and a group of young volunteers from the "Feena Al Khair" initiative as well as a group from the All of Jordan Youth Commission in Mafraq participated in maintenance work at the school, which was established in 1980.

Crown Prince Al Hussein praised the efforts of the young volunteers, commending them as a model of volunteerism and good citizenship.

The Crown Prince also stressed the importance of stepping up efforts to provide a suitable educational environment for students.

The national public school maintenance campaign was launched by the Ministry of Education in partnership with civil society organizations, and young activists and volunteers.

Thirty-five teams of volunteers from around Jordan are participating in the campaign.