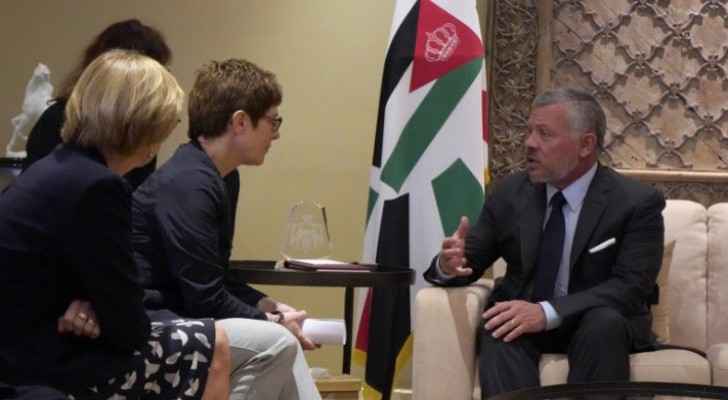 The meeting tackled means of boosting strategic partnership between Jordan and Germany, especially in defense fields.

During the meeting, His Majesty expressed his appreciation for Germany's support to the Kingdom in various sectors.

The meeting also dealt with regional developments and efforts to achieve peace and stability in the region, in addition to international efforts made to fight against terrorism, within a holistic approach. It also discussed the importance of enhancing cooperation and coordination in this regard.

The meeting was attended by Advisor to His Majesty for Communication and Coordination, Bisher Khasawneh, Chairman of the Joint Chiefs of Staff Maj. Gen. Yousef Hneiti, the German Ambassador in Amman, and members of the delegation accompanying the German Minister of Defense, which included a number of German parliamentarians.