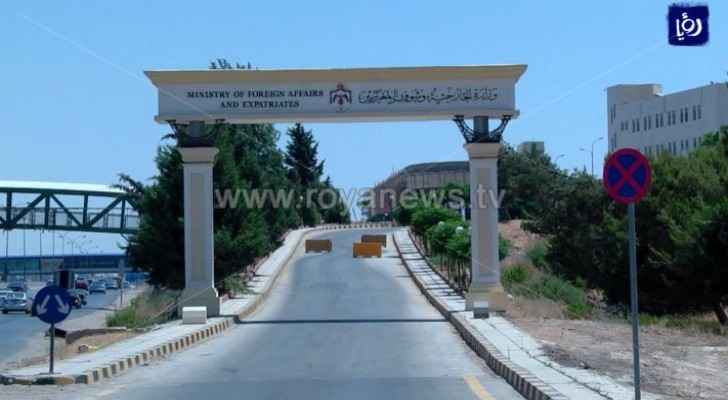 The Ministry of Foreign Affairs and Expatriates summoned on Sunday, August 18, 2019, the Israeli Ambassador in Amman in order to confirm Jordan's condemnation and rejection of the Israeli violations against Al-Aqsa Mosque and to demand an immediate end to the absurd and provocative practices in Al-Haram Al-Sharif that constitute a clear violation of the international law.

Spokesman for the Ministry, Sufian Qudah explained that the Secretary-General of the Ministry, Ambassador Zaid Lawzi, demanded an immediate end to the Israeli violations and to all attempts to change the historical and legal situation in the Haram Al-Sharif

Qudah confirmed that during a meeting, the Israeli Ambassador was informed of the Kingdom's strong condemnation of the statements made by the Israeli Public Security Minister regarding the status quo at Al Aqsa Mosque/Al Haram Al Sharif.

During the meeting, it was also confirmed that Al Aqsa is a place for Muslim worshippers only.

The Foreign Ministry affirmed its condemnation and its refusal to close the gates of the Mosque and prevent the worshipers from entering it or put any restrictions on worshippers' entry under any pretext.

It also stressed the need for the occupation to respect its obligations as an occupying power in accordance with international law and international humanitarian law.