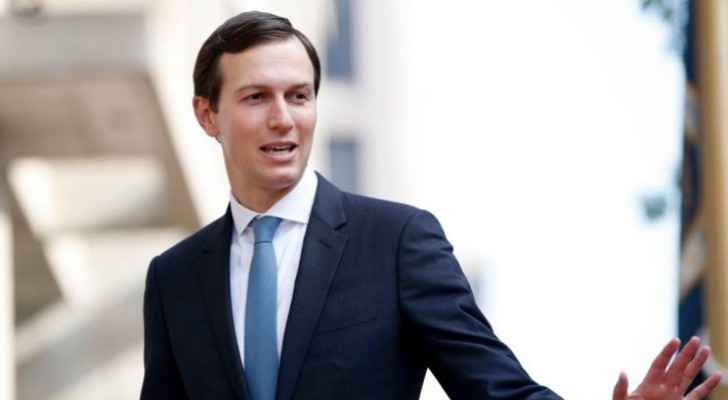 At Jared Kushner’s direction, U.S. government agencies have combined data tools and human expertise for the first time to officially rank Arab media outlets over their coverage of the Middle East peace process, according to McClatchy News Agency.

Roughly 50 regional media organizations have been assessed by the government for their influence and attitudes toward U.S. policy in the Middle East, according to sensitive interagency reports exclusively reviewed by McClatchy.

Three senior administration officials said the purpose of Kushner’s project is to connect with local populations as effectively as possible – to better understand "what’s driving the street" across the Arab world so that he and his team can target their communications with greater precision.

"The whole notion here is that we spent so much time putting together a political plan, and putting together an economic plan, that we wanted to spend the same amount of time understanding the regional media environment," one senior administration official said.

"What we wanted to understand is what’s driving the street. So we wanted to understand what the influential voices are and influential outlets," the official continued. "And so we researched them, we ranked them. And what we found is that a lot of the outlets that have been anti-America or anti-Israel in the past just haven’t had outreach or access to the U.S. government."

Kushner, President Donald Trump’s son-in-law and senior adviser who is leading the peace effort, commissioned the project in August 2018, shortly after he and his policy team completed drafting the core political elements of their plan for Israelis and Palestinians.

The reports break into two categories. One product assesses the public consumption of news in each country in the region, including a breakdown by age, internet usage, and the percentage of people getting information on mobile devices, newspapers, or television.

The second type of report examines specific media outlets, assessing the neutrality of each organization in how it portrays U.S. policy, rating its influence and listing its ownership, based on analyses from two government agencies examining publicly available material.

The reports are highly detailed. For example, Kushner’s team discovered that cell phone penetration among Palestinians is so high that a majority now get their news on mobile devices while waiting in line to go through an Israeli checkpoint.

"This is the first time it’s been systematically set down that these are the media outlets with the greatest reach, and here’s what their reach looks like, and here’s their overall tone on U.S. policy," a second senior administration official said. "The pieces were all there, but they had never before been assembled in order to produce these particular insights."

A major focus is understanding how media in the Middle East is characterizing the administration’s diplomatic efforts.

Broadcasts in English and Arabic from regional outlets are run through an automated program that transcribes and searches for a set of keywords. A minute-long segment around each keyword is then captured, and a team of government experts reviews the material to assign it a neutrality score that gauges the positivity or negativity of the content.

Those scores are then averaged to provide a general assessment of each outlet’s coverage, allowing the government to track whether coverage is improving over time – and providing Kushner’s team with concrete evidence to tailor their engagement. Print and digital media are similarly analyzed.

The U.S. government has been aggregating and translating foreign media for over 50 years, starting with the Foreign Broadcast Information Service and later with the Open Source Center, analyzing the material for its intelligence value.

But Kushner has taken it a step further in requesting regular data-based updates on Arab media opinion and using that information to shape a policy rollout, the officials added.

Coverage has generally trended negative, according to the data, although certain keywords have received increasingly positive attention in recent months. While specific keywords and the agencies involved remain sensitive, one search term that has consistently tracked negatively is “Deal of the Century”– a derisive nickname for the peace plan.

Kushner’s top priority has been to target the most influential pan-Arab media outlets regardless of the balance of their coverage, officials said. But the neutrality scores have provided insight on how to engage with leading journalists and media executives.

The communications strategy reflects Kushner’s penchant for data-driven solutions – it was a focus during his advisory role to Trump in the 2016 presidential campaign, and is a core tenet of the president’s reelection strategy for the 2020 race. The process, often referred to as opinion mining among data scientists, is frequently used in the private sector by companies tracking popularity and interest in their products.

"I’ve never seen anyone analyze media organizations, but it’s quite feasible, because you can apply this to anything and scaling is not a problem," said Bing Liu, a computer scientist at the University of Illinois at Chicago who has researched and written extensively on the practice. "It’s looking at the target of opinions as well as the opinions themselves."

But purely data-driven processes are often taken with a grain of salt. U.S. officials involved in the Kushner project say that no one – in either the public or private sector – has succeeded in completely automating opinion analysis, and note that “human-in-the-loop” expertise is always required at some stage.

U.S. officials also must grapple with the challenges of modeling opinion in oppressed societies, noted Mohamed Abdelaziz, an expert on Arab media formerly with Freedom House and now with the Washington Institute for Near East Policy.

"Most Arab countries are authoritarian, the media is controlled by intelligence and security, and there are consequences if the message deviates from the official line," Abdelaziz said. "The only way to change coverage is through the regimes themselves, because they have no will to give their press freedom or discrepancy."

But Kushner’s team says the project has been critical to understand which outlets characterize U.S. policy in negative terms – and to what extent – as it works to improve understanding of administration policy.

"Previous administrations had a very apprehensive approach to negative media – and Jared rightly said, let’s engage and have conversations with media outlets of all viewpoints to see if we can move the needle and get them to ultimately balance out their coverage," a third senior administration official explained. "His approach was, ‘we can’t write any of them off.’ They are influential voices in the region and reach the people we need to reach."

Former President Barack Obama’s campaign for the Iran nuclear deal in 2015 compares to the scale of Kushner’s current strategic communications effort, according to career civil and foreign service officials who have served in both administrations.

But one former Obama official involved in that landmark policy launch denied that his team spent "hundreds of man-hours" mapping out the media landscape ahead of time, as Trump’s team has ahead of the peace plan rollout.

"What’s less important than the mapping exercise they’ve done is the navigation– how they’re using it, and what they’re disseminating," said Ned Price, former National Security Council spokesperson in the Obama administration. "I am much less concerned with their ability to communicate than I am about the substance of their communications. But when they are galvanized and motivated, they pull all the right levers in all the right ways."

"In some ways it misses the point, because if the substance of what they’re representing is completely unacceptable, it doesn’t matter how they target media," Ross said. "Maybe that’s what they should’ve done in 2017 – now you’re trying to reverse attitudes. And that’s an uphill climb. Strategic communications doesn’t exist in a vacuum."

The Trump administration has previewed the release of its peace plan for over two years. But relations with the Palestinian Authority have broken down in that time over Trump’s recognition of Jerusalem as Israel’s capital, its closure of Palestinian offices in Washington and its aid cuts targeting the PA and United Nations entities over their positions on the conflict.

Palestinian leaders have not communicated directly with their American counterparts in over a year, and have dismissed Kushner’s upcoming peace push as a waste of time.

"We understand that Palestinian leaders are going to continue to criticize the plan, but we believe we can reach the people this way. And the street has been abandoned by the leadership," one senior administration official said.

"What we’re doing is, look – there’s a notion of a traditional peace process that you need to make ground fertile and trust-building and all this other stuff that hasn’t worked," the official continued. "We know this is a different approach but have full confidence in the contents of the plan itself, and now just need to communicate it directly to the people."

A public opinion poll released earlier this month by the Palestinian Center for Policy and Survey Research found that 90% of Palestinians distrust the administration, and 80% view the participation of Arab countries in the U.S. efforts as "an abandonment of the Palestinian cause."

But administration officials say they have noticed a promising shift in their research data since launching the economic portion of their peace plan, labeled "Peace to Prosperity," in Bahrain last month.

"Honestly, it’s really different– the last effort was more traditional and we were saying things people wanted to hear," said one career civil servant at the State Department who worked on the 2013-2014 peace effort under the Obama administration. "Now it’s much more difficult to be saying things people are going to disagree with, breaking the china. It’s harder to message that.”

"I think it’s hard to measure, because obviously reactions haven’t been that positive so far – but if you didn’t have this engagement, it’s hard to say how much more unfriendly it could be," the State Department official continued. "Getting out there to different audiences is important. If they weren’t doing this at all, it could be much more unfavorable."

Opening the Bahrain conference, Kushner appeared to have adapted to the research findings, offering remarks as if he knew his audience well.

"Some people have mockingly called this effort the ‘Deal of the Century,’" Kushner said in Manama. "But at its core, it is not just about making a deal."

Jordan pressured to end refugee status for millions of ....