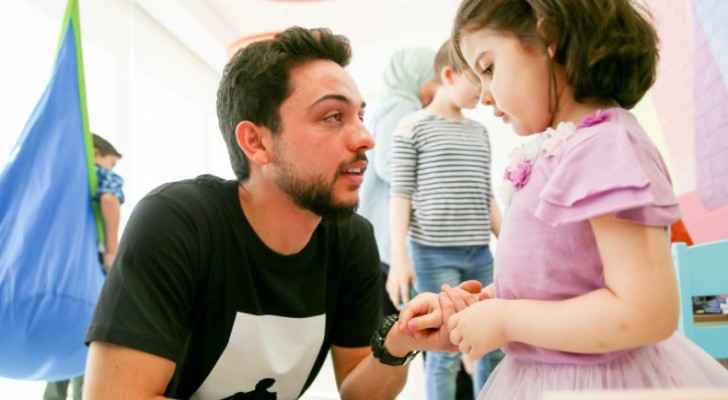 Crown Prince Al Hussein toured the facilities of the "Heroes Cave," which can accommodate 70 children, and features a film theatre, a play area, and a range of entertainment options suitable for different age groups.

His Royal Highness was briefed by the head of paediatrics at the KHCC, Eyad Sultan, on the newly refurbished "Heroes Cave," which could contribute to improving the psychological well-being of children visiting the center’s clinics and undergoing treatment.

In May, the Crown Prince had issued directives to remodel the children’s waiting area at KHCC, as he joined a group of KHCC children to watch the premiere of "Aladdin."

Two floors at the KHCC have been designated for child patients, offering them psychological and comprehensive care programs.