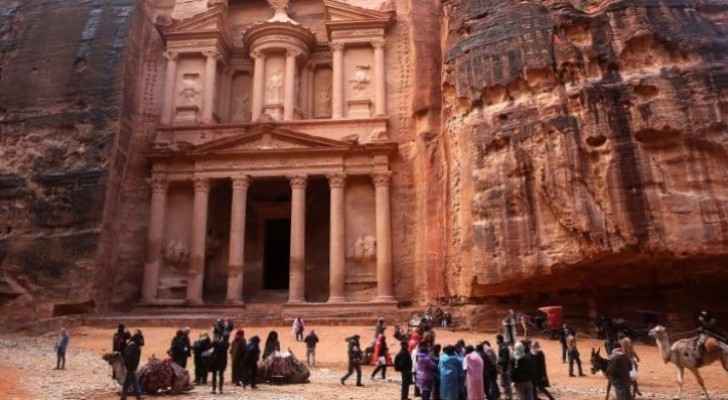 A number of concerned bodies in Amman have called on popular and youth movements to protest at the entry gate of the city of Petra against Israeli pilgrims' entry to the Tomb of Aaron (the tomb of Prophet Harun) earlier last week.

However, organizers of the movements refused to stage any protests after a tribal meeting was held, where all its parties agreed on not to protest.

In the same context, users of social media platforms also expressed their rejection to organize any protests, They said that anyone who will come to Petra to protest will be "unwelcomed."

Public opinion leaders also posted comments, where they expressed their refusal to protests and sit-ins, especially because they will be held at the entry gate of Petra, which may lead to attacks on tourists, as a large number of tourists visit the city every day.

Some leaders also called on the government to hold an international conference in Petra to confirm the Arab identity of the city.