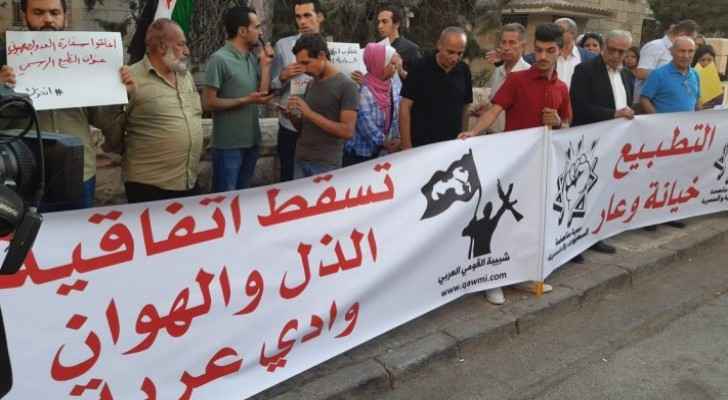 A number of members of trade unions and political parties have organized a sit-in in front of the Ministry of Tourism and Antiquities in Amman on Sunday, August 5, 2019.

Protestors called on stopping normalization and preventing zionist tourists from entering the heritage and historical sites in Jordan.

Protestors also asked the government to form an official committee to find out all about the entry of a group of Israeli pilgrims to the Tomb of Aaron (the tomb of Prophet Harun) in Petra and to hold accountable those who allowed them to enter.