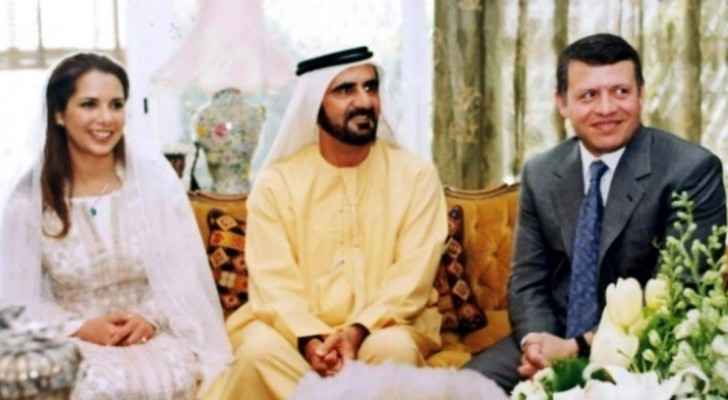 An unprecedented legal battle between Jordan's Princess Haya and her husband the Dubai ruler may sour ties for two powerful royal families, but is unlikely to affect strategic and economic relations between their countries, analysts say.

Princess Haya, 45, the half-sister of Jordan's King Abdullah II and a member of the country's ruling Hashemite family, has fled to London where she has brought a case against her husband, whom she married in 2004.

After reportedly leaving the UAE some time ago, Haya applied for a British forced marriage protection order, as well as wardship of their children, and a non-molestation order relating to herself.

Her husband, 70-year-old Sheikh Mohammed bin Rashid Al-Maktoum, the prime minister of the United Arab Emirates, has in turn applied to have the children returned to Dubai.

No mention of the case was made in the Emirati media on Wednesday where criticism of the royal family is rare, but there were acerbic comments on social media.

"A wise and respectful princess ... does not escape nor kidnap nor disappear nor become ungrateful, and certainly does not break the heart of the person who was generous and good to her and loved her and trusted her with his children," he said in a tweet, which was retweeted many times.

Princess Haya was reportedly the sixth wife of Sheikh Mohammed. They have one daughter, 11, and a son, seven.

According to Andreas Krieg, a professor at King's College London, the issue is a family affair between the Al-Maktoums and Hashemites -- the ruling families in Dubai and Jordan.

"The ripple effects for international relations between both countries will be limited," the Middle East expert told AFP.

Hussein Ibish, a senior resident scholar at the Arab Gulf States Institute in Washington, also ruled out any "real diplomatic or political problem" between Jordan and the UAE.

Only four days before the court hearing in London, King Abdullah II visited Abu Dhabi, where he stressed their family ties.

"I felt today that I was among my people and my family," he said in a tweet talking "about this friendship and love between our two countries and brotherly peoples".

Jordan has struggled in past years with unprecedented humanitarian and financial crises after hundreds of thousands of refugees poured across the border to escape Syria's civil war.

Now the Hashemite kingdom hosts about 630,000 Syrian refugees, according to the UN, while Jordan says the number is as high as 1.4 million.

In June last year, Saudi Arabia, the UAE and Kuwait granted a $2.5 billion aid package to Jordan and was immediately followed with Qatar -- a regional foe for Riyadh and Abu Dhabi -- which allocated 10,000 jobs for Jordanians and pledged to invest $500 million in the country.

Ibish believes some constraints have already surfaced in UAE-Jordan relations.

"The strains are already significant on multiple policy and strategic fronts and I doubt that a family drama, no matter how prominent, among royal spouses is going to add too much more to that," he said.

"Jordan is already increasingly feeling that the status quo in the Middle East, of which the UAE is a key defender, is not serving its interests well," he said.

He highlighted how the US administration under President Donald Trump was moving away from a two-state solution between Israel and the Palestinians.

More than half of Jordan's 9.5 million population have Palestinian origins, and Amman is a key player in the peace process.

Between 250,000 and 300,000 Jordanians live and work in the UAE and their hundreds of millions in remittances provide much-needed support for Jordan's ailing economy.

Amman played an effective role in the US-led international coalition that fought Islamic State jihadists in both Syria and Iraq.

It is also part of the Saudi-led coalition waging war against the Iran-aligned Huthi rebels in Yemen.