Get ready for August with 15 days off!

Get ready for August with 15 days off! 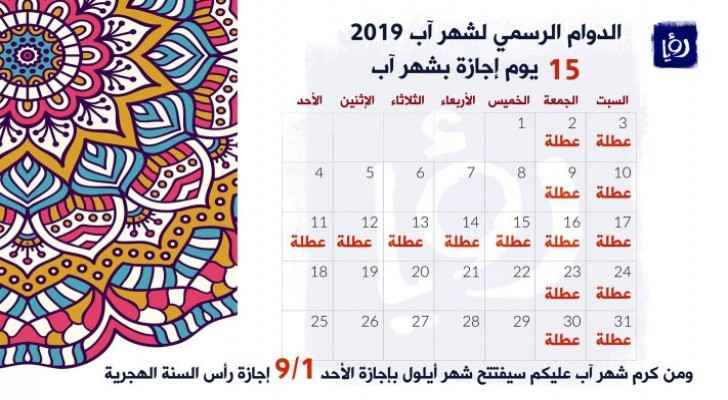 You must get yourself ready for this August, as it will be a month with 15 days off, including official holidays and weekly holidays.

If you take a look at your mobile calender, you will find that this August will have five Fridays and five Saturdays as follows:

However, the Jordanian government is likely to soon announce a public holiday on the occasion of Eid Al Adha, which is predicted to strat on August 11 to August 15 as follows:

Jordanians will also get a day off on the first of September, as it will be a public holiday on the occassion of the Islamic New Year.