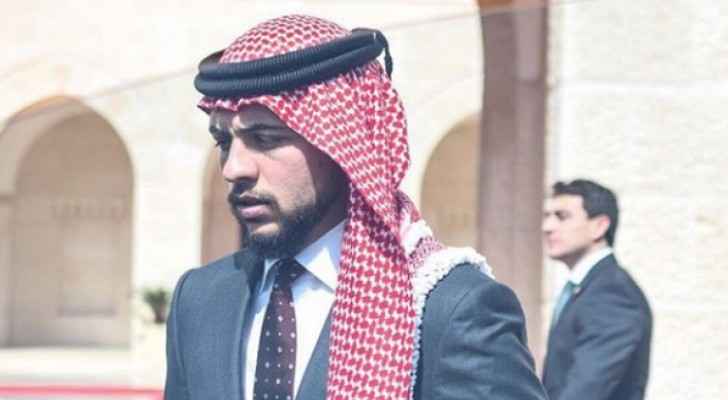 His Royal Highness Crown Prince Al Hussein bin Abdullah II visited on Monday, July 29, 2019, the family of the late Mohammad Azaizeh, the Tawjihi student who died just a few days before the results were announced.

The deceased's family home is located in Ramtha, east of Irbid governorate.

Mohammad died four days before the announcement of Tawjihi results on Thursday, July 25, 2019, in a run-over accident while he was going to a mosque to pray al-'isha (prayer between sunset and midnight).

Following the announcement of Tawjihi results that day, a photo circulated on social media platforms showing that Mohammad achieved 98.4% in the scientific stream.