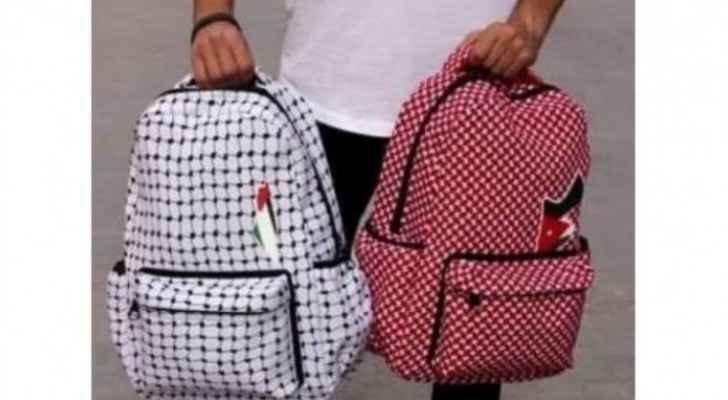 On late Wednesday, July 24, 2019, the Jordan Institution for Standards and Metrology managed to seize a factory that manufactures school backpacks painted in a way that harms the national social fabric.

After photos of the backpacks painted with the red Jordanian shemagh and the Palestinian hattah circulated on social media platforms and raised angry reactions among people, the Jordan Institution for Standards and Metrology carried out an inspection campaign on all factories that manufacture school backpacks in order to seize the factory that manufactured these backpacks, Minister of Industry, Trade and Supply, Tariq al-Hammouri said.

Hammouri added in a press statement that the competent cadres of the Institution were able to identify the factory, after which Director of the Public Security Directorate (PSD), Fadel Al-Hamoud was contacted, where cadres of the PSD seized the factory and took the legal action against it.

Hammouri said that the factory was producing and selling school backpacks that would promote prejudice and discrimination in society.

Manufacturing such backpacks is a clear violation of the Penal Code, the Standards and Metrology Law, the Jordanian Flags Law and the Trademarks Registration Law, Hammouri confirmed.

He added that whoever is behind this act will be held accountable according to the legislation as it constitutes an act that harms the social fabric and involves illegal use of the national flag.

He called on all citizens to cooperate with the Ministry by reporting any factory or shop that manufactures or sells such bags by contacting the Ministry on 5661176/06 or the Institution on 065301243.

Garment factories within industrial zones given the green ....