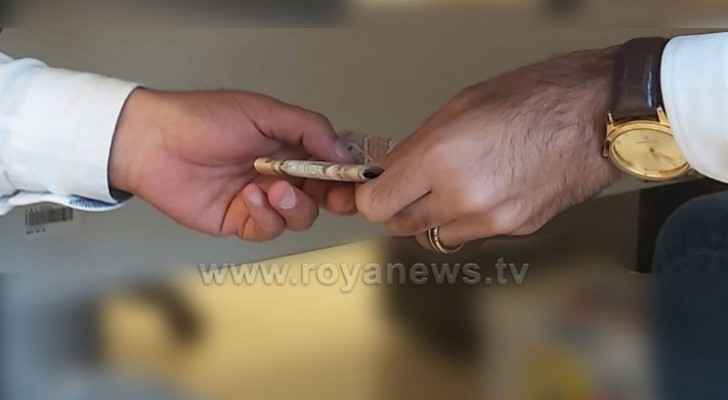 A Jordanian lawyer has filed a complaint against an employee of the Civil Status and Passports Department (CSPD) after the latter asked the former to pay him a bribe to complete transaction procedures, an informed source said.

The lawyer went to the CSPD to renew his passport. However, the employee refused to complete the transaction procedures unless the lawyer pays him a bribe.

The lawyer is wanted on money charge, where the amount was estimated at JD 20 million and in accordance with the instructions issued by Minister of Interior, Salameh Hammad, those who are wanted on money charges are prevented from renewing their passports so that they cannot leave the country in order to preserve the rights of others, yet they can only apply for an emergency travel document to return back to their home countries.

The source pointed out that Minister Hammad instructed to immediately take legal action against the employee, who is a relative of him, and suspend him from work until a decision is officially issued by the judicial authorities.

Jordan Bar Association President, Mazen Irshadat said in a press conference earlier on Sunday, July 21, 2019, that the lawyer received threats from relatives of the employee for filing the complaint.

The informed source confirmed that this case is normal and may occur in all countries of the world.