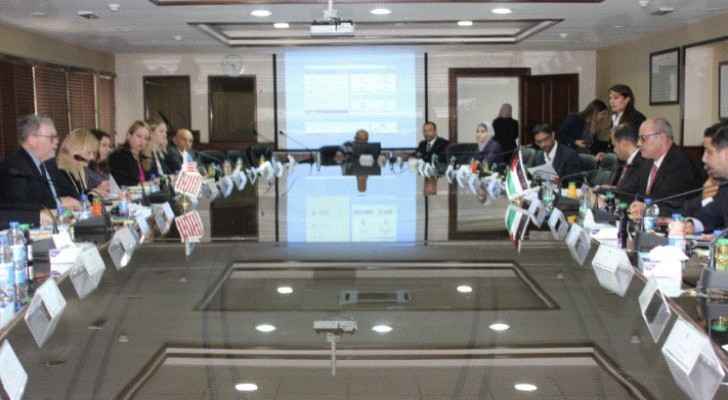 The 8th session of the Joint Jordanian-American Committee concluded on Monday, July 15, 2019, during which the committee discussed bilateral economic cooperation in various fields and means of enhancing trade exchange between the two countries.

The committee, chaired by the Secretary-General of the Ministry of Industry, Trade and Supply, Yousef Al Shamali and the US representative Daniel Melani, also reviewed mechanisms of joint cooperation that reflected positively on trade between the two countries in light of the Free Trade Agreement signed between them in 2001.

The volume of Jordanian exports to the US, which reached $1.76 billion in 2018, focused mainly on knitted and manufactured garment, while imports amounted to $1.77 billion.

Machinery, fuel derivatives, electrical appliances, wheat and pharmaceuticals are the main goods imported by the Jordanian market from the US.

The Jordanian government thanked the American side for its continuous support for the Kingdom in a number of sectors, namely the support provided by the US Agency for International Development (USAID) in its programs targeting the commercial and economic sectors.