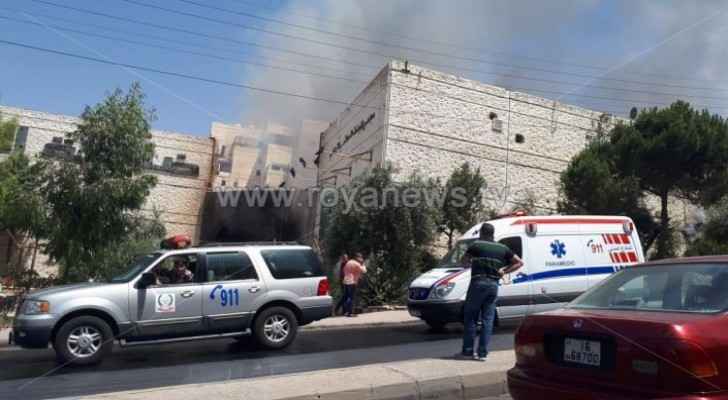 Following the major fire that broke out this morning inside a commercial complex in Al Rawda Neighbourhood in Amman, Head of the Amman Chamber of Commerce (ACC), Khalil Al-Hajj Tawfiq, said that the preliminary data indicated that the losses resulted from the fire stand at one million JD.

In a post on his Facebook official account, Al-Hajj Tawfiq said that most of the shops damaged by the fire are not covered by fire insurance.

He pointed out that members of the ACC inspected the complex to assess the damage and met owners of the damaged shops.

Furniture and electronics galleries and a toy store had caught fire, in addition to a beauty salon for women and several other furniture stores, Al-Hajj Tawfiq noted.

"We are waiting for a report that will be issued by the Civil Defense Directorate (CDD) on the causes of the fire and we thank God that there were no human casualties," he added.