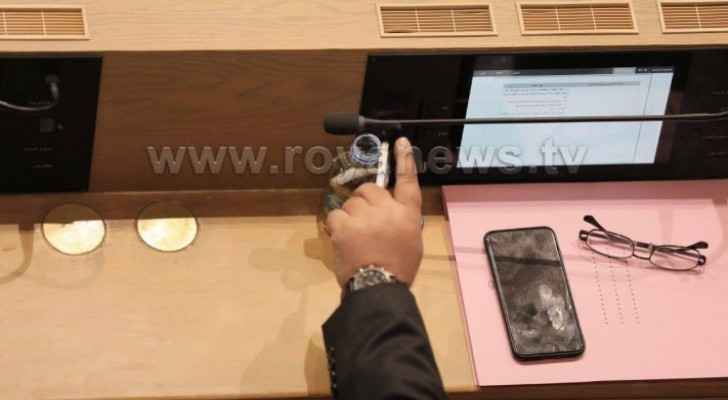 In recent years, Jordan has become one of the countries where people use tobacco and smoke cigarettes the most, Head of the Parliamentary Health and Environment Committee, Issa Khashashneh said.

Khashashneh, who headed a meeting attended by Her Royal Highness Princess Dina Mired, President of the Union for International Cancer Control (UICC), stressed on the need to implement legislation and laws related to combating smoking, and the need to reduce its spread in public places.

Khashashneh also emphasized the need to intensify efforts and joint work with the relevant parties to combat the spread of this scourge, which threatens citizens' health and the economy of society, pointing out that the House of Representatives passed several legislations that would limit this scourge.

"The nature of the Jordanian society required us to implement the Public Health Law step by step, by spreading awareness messages on the importance of combating smoking and its dangers," he added.

For his part, Khaled Bakkar, Head of the Finance Committee of the Jordanian parliament noted to the need to study the issue in all its aspects to limit this phenomenon, pointing out that there is ongoing follow-up with the government to combat tax evasion in the tobacco sector.

However, Khair Abu Saileik, Head of the Economy and Investment Committee said that there are a number of important points that must be taken into consideration, notably the negative effects of smoking, which may affect not only the smoker but also the whole community, indicating that taxes imposed on different types of tobacco must be transparent and fair.

He added that the current phase requires focusing on the effective implementation of the Public Health Law, reviewing the impact of this implementation and making the necessary amendments to the Law after it is implemented.

For their part, the attendees, including Maria Profili, representative of the World Health Organisation (WHO) to Jordan and representatives of the Research Triangle Institute (RTI) and the United Nations Development Programme (UNDP) presented a number of data and figures that indicate the large health and economic effects of smoking and the challenges that stand in the way of reducing it.

They also appreciated the role played by the Jordanian Parliament through its parliamentary committees in this regard, calling at the same time to join the efforts in improving the health sector's level in Jordan.