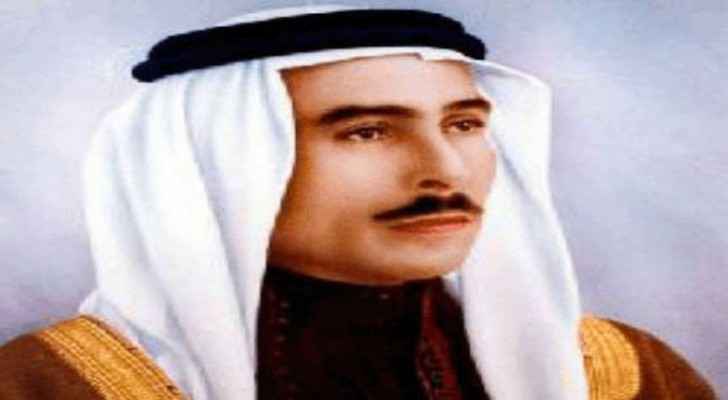 Born in Mecca in 1909, King Talal studied at the British Military Academy, Sandhurst, and in 1929 became the first Jordanian officer to graduate from the institute.

Under the reign of King Talal, who passed away on July 7, 1972, the country prepared a new liberalised Constitution in 1952, which introduced a culture of Arab unity by declaring Jordan part of the Arab nation.

The Constitution also established a new relationship between the government and Parliament, by obliging the former to be held accountable by the latter and to be responsible for its actions before the legislature.

In addition, the Constitution covered the implementation of the principles and objectives of the Great Arab Revolt, led by Sharif Hussein Bin Ali against Ottoman rule in the early 20th century.

He also introduced compulsory free education, the first of its kind in Jordan and the Arab world, in a move that had a positive impact on the country’s future development.

As a member of the Arab Legion, he fought in battles between Arab and Israeli forces in Jerusalem, Ramallah and other Palestinian towns.

King Talal assumed the Throne on September 6, 1951 shortly after the assassination of King Abdullah I on July 20, 1951 in Jerusalem.