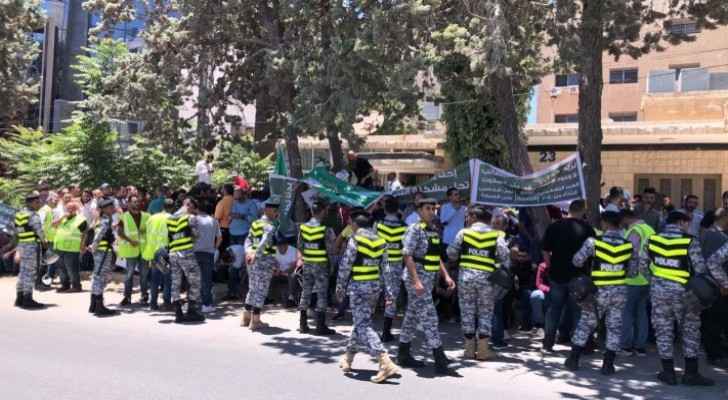 A number of ride-hailing services drivers and yellow taxi drivers have organized a protest on Wednesday, July 3, 2019, in front of the Ministry of Transport building, calling for their demands to be met.

Protestors asked the Ministry to increase the vehicle's operational lifetime to 8 years instead of 5 years and to make the circular label unnecessary to be put on the windshields of the vehicles.

They also demanded the Ministry to reduce the amount of the driver's pay cut and to form a committee consisting of members of the Transportation Authority that would follow up on the conditions of those drivers who were arbitrarily dismissed by the companies that manage those applications.

However, yellow taxi drivers said the Ministry had announced decisions that were not implemented, as ride-hailing services still operate with insufficient restrictions.