Three of the aggressed Jordanians during a special interview on Roya 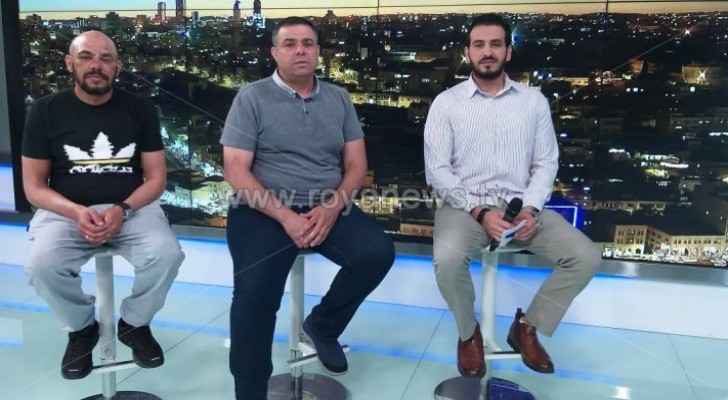 During a special interview on Roya’s "Nabd Al Balad" program on Tuesday, July 2, 2019, a number of Jordanian citizens, who were attacked by a group of Kazakhs earlier on Saturday, told some of the details of the incident.

The aggressed Engineer, Fadi Baqa'in said, "The incident occurred on Saturday morning, when chaos broke out, after which all the employees were evacuated from the company."

He added, "We all got on three buses in order for us to be taken to somewhere away from the company. At that time, the Kazakh workers started beating us."

"We have no idea why the Kazakhs attacked us, as the photo that was circulated over social media platforms of a Lebanese man with a Kazakh girl and that was thought to be the cause of the attack, is "something fake" and the girl is a work colleague at the same company.

"Everyone, including the directors and employees, used to eat and drink in the same room within the same living conditions," he further added.

For his part, the Jordanian general supervisor of technicians, Ehab Al-Natour, one of the victims, said that the Kazakhs attacked them because of that photo, as a Kazakh citizen had published the photo and captioned "Look what Arabs do with the Kazakh girls."