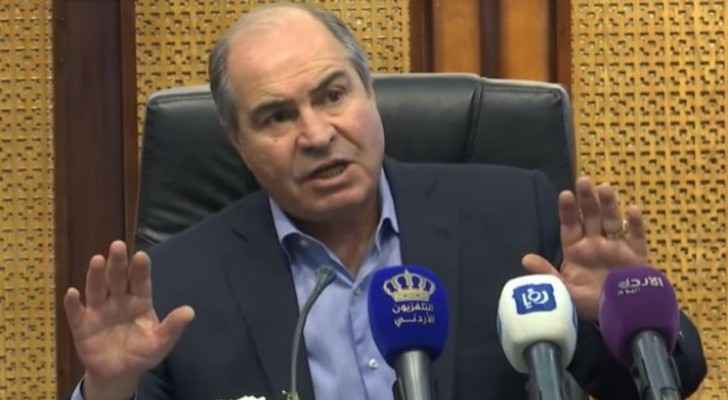 During a cabinet meeting held on October 26, 2017, former Prime Minister, Hani Mulki had said that Jordan would "leave the bottleneck mid-2019," where he stated that the corrective measures implemented during his government will improve the economic condition in Jordan.

However, Jordan did not actually "leave the bottleneck," as the economic situation is still unchanged here in Jordan.

Mulki had said, "All actions taken by his government is a necessity to ensure national immunity."

He had asked citizens to "refer to him by the end of that year if he failed to make improvements."

"You can also kick me out of the government office if I failed," he said, emphasizing that the public debt will definitely decrease.

He pointed out that the struggles experienced by the Jordanian citizens during his government are for their benefit to get out of this economic stage, noting that his government did not seek populism.
Mulki also stated, "If the government was seeking populism, the public debt would have reached 114% within four years."

On the day Mulki gave his promise to Jordanians, social media users posted sarcastic comments and expressed their displeasure at the economic situation in the country and the lack of clear plans to revive the Jordanian economy.

However, in June 2018, former PM Mulki handed in his and his government’s resignation after a series of protests that were staged near the 4th circle area, where people demanded the overthrowing of Mulki’s government, which received the worst assessment in the era of Jordanian governments since 2011.