The Jordanian Ministry of Foreign Affairs and Expatriates 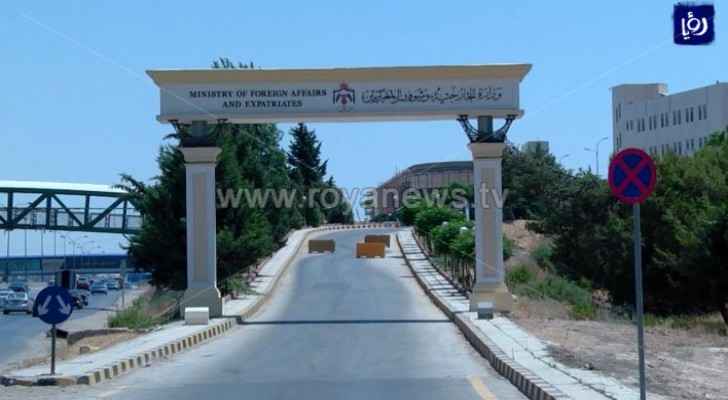 In a phone call held on Monday, July 1, 2019, Minister of Foreign Affairs and Expatriates, Ayman Safadi has asked his Libyan counterpart, Mohamed Al-Taher Sayyaleh to release the three Jordanian citizens abducted in Libya since August 2018.

During the call, Safadi has called on the Libyan minister to accelerate these measures, immediately release the abductees and enable them to return to their families in Jordan safe.

For his part, Sayyaleh confirmed the Libyan government's interest in this matter, explaining that the three Jordanians were detained by one of the Libyan militias and were handed over to another militia, which caused the delay for referring them back to Jordan.

The Libyan authorities have recently succeeded in finding the abductees and referring the case to the Attorney General to end the investigation and release them.

The Libyan minister said he is following up on the incident upon directives by the President of the Libyan Presidential Council.

The Jordanian Foreign Ministry had earlier issued a statement in which it confirmed that in coordination with the competent authorities in Jordan, it was following up, on a daily basis, on the abduction of three Jordanian citizens in Libya and confirmed that it had sent more than one official memorandum to the Libyan Embassy in Amman regarding this case.

The case was also raised during the visit of the Chairman of the Presidential Council of Libya, Fayez al-Sarraj, to the Kingdom last December and during several other occasions.