Roya interviews Jordanians attacked in Kazakhstan upon their arrival in Amman

Roya interviews Jordanians attacked in Kazakhstan upon their arrival in Amman 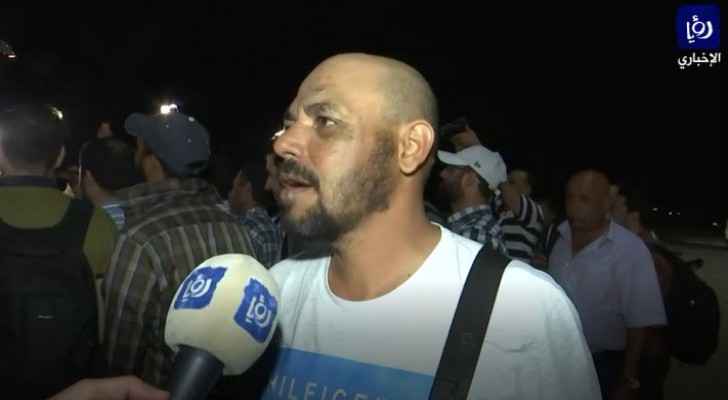 Upon their arrival at Queen Alia International Airport, Roya has conducted an interview with a number of Jordanians working at the Consolidated Contractors Company (CCC) in Kazakhstan, who were attacked by a group of Kazakhs earlier on Saturday.

He also reassured the families of the injured citizens of their health conditions, stressing that they are all in good health and have only suffered minor injuries.

Another citizen has confirmed that a photo published by a Lebanese man, which was considered abusive to Kazakhstan, has caused the dispute which prompted a group of Kazakhs to carry out the assault on all the Arab employees in specific.

The same citizen said that he would never go back to Kazakhstan, as he wants to stay in his homeland.

A third citizen emphasized that the Arab employees were subjected to the attack because of the photo, adding that those who carried out the attack were employees of various companies not only of the CCC, where the Jordanians work.