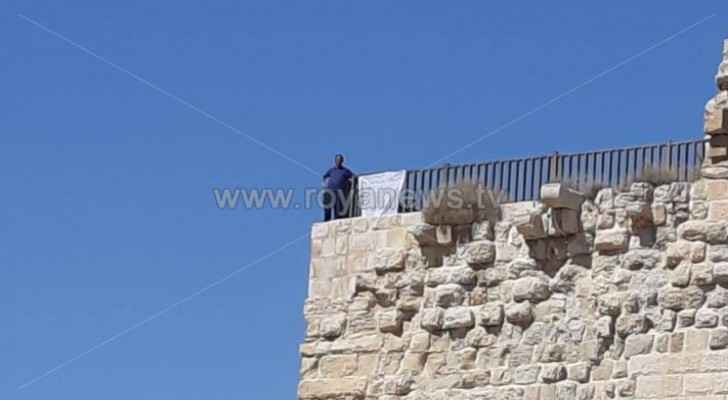 A Jordanian young man has threatened to commit suicide on Monday by jumping off a heritage building near the Karak castle, according to Roya's correspondent in Karak.

The young man said he wanted to be offered a job as he used to work at the Greater Karak Municipality as a guard, but was laid off.

The security services immediately rushed to the scene to convince the man to get off. Earlier on Thursday, another young man had attempted to commit suicide by jumping off an electrical tower in Petra street in the city of Irbid.

Roya's correspondent in Irbid said that the young man threatened to commit suicide after members of the Jordan Customs have seized his vehicle at Jaber-Nasib Border Crossing.

Polling stations in Karak and Zarqa ....