From the crime scene 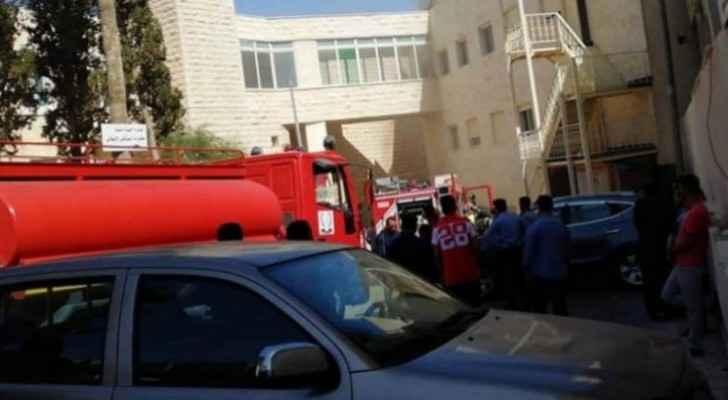 The perpetrator of the Karak crime has died this morning for his injuries, Director General of Al-Bashir Hospital, Mahmoud Zreikat told Roya.

The late perpetrator, who used to work as a laboratory technician at the Italian Hospital in Karak, had earlier shot one of his work colleagues dead due to a dispute that arose between them and caused serious injuries to another.

While the perpetrator was firing gunshots, a bullet had hit an oxygen tank by mistake, which caused a fire to break out inside the laboratory, leaving the perpetrator (A.H) with second-degree and third-degree burns, which made up 85% of his body.

The laboratory technician was transferred from the Karak Government Hospital to Al-Bashir Hospital, where he was provided with the necessary medical care and was put on a ventilator, yet he died due to his serious injuries.

Zreikat stated that the perpetrator's body was referred to the forensics while the head of the lab, Naser Khreisat, who was injured is in critical health condition.