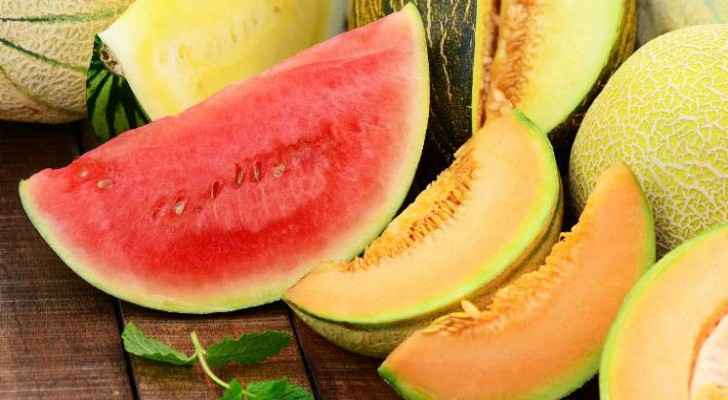 Official figures issued by the Jordanian Ministry of Agriculture revealed that Jordan's watermelons and melons exports have conquered the Lebanese markets in May 2019.

Figures have also revealed that Kuwait imported 1899.0 tons of watermelon and 1414.0 tons of melon.

However, a report issued by the Ministry indicated that the occupying entity did not import any kind of Jordanian fruits during May 2019, but had imported large amounts of some local vegetables produce during the first three months of 2019.

According to the figures, Kuwaiti markets ranked first to import from the Jordanian fruits with of 3645.2 tons, followed by Saudi Arabian markets with 2896.2 tons and the Lebanese markets with 2866.4 tons.